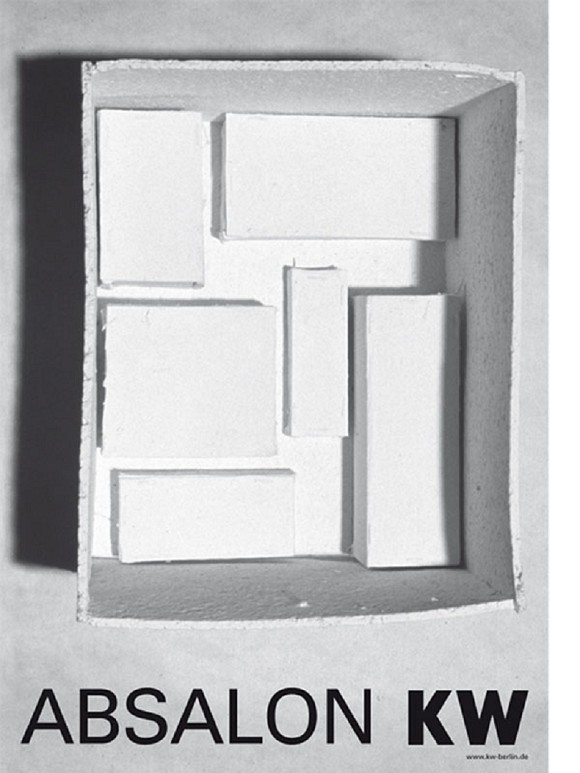 Absalon engages himself with spaces in systematic and successive ways. By taking questions around essential human activities and basic forms such as the rectangular, the square, the triangle and the circle as his starting points, he begins by emptying out the encountered spaces before restructuring and refilling them with the help of simple forms. These test assemblies, further developed later on by means of objects, drawings, photographs and films, come to a full circle in Absalon's Cellules: individualized, ascetic living units for contemplation based on the measurements of the artist's own body. Reduced to a vocabulary of strictly geometrical forms these pieces convey a sense of absolute abstraction, yet without alluding to utopian ideas. Instead, they open up heterotopic spaces, which Absalon had planned to publicly position in six large cities in order to confront his physical existence with the corpus of society: "They are not meant to posit any solutions in terms of isolation. They have been made for living the social." (Absalon)

KW Institute for Contemporary Art in Berlin is presenting the first comprehensive solo exhibition by the Israeli artist Absalon. Absalon, born in Ashdod (Israel) in 1964, died at the age of 28 in Paris in 1993. In only a few years he created an oeuvre of extraordinary complexity and coherence which—even if forever unfinished—yet never remains fragmentary.

With kind support by the Friends of KW.