Tickets at the box office 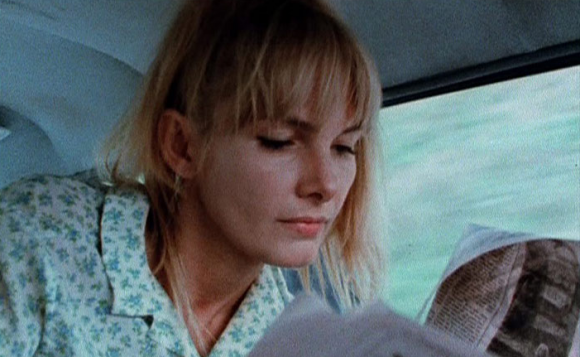 WANDA (1970, US) is the first and only film of the director and actress Barbara Loden. Wanda (performed by Barbara Loden) turns her back on a coal mining area in rural Pennsylvania, her husband and children and takes on the role of the seemingly aimless companion of a bank robber. As an anti-Bonnie-and-Clyde of its own kind, the film is one of the most important works of independent filmmaking by female directors.

The film will be introduced with a reading by the artist Karolin Meunier. With ALLER-RETOUR ET ALLER, Meunier enters into dialogue with Wanda, Barbara Loden as well as the author Nathalie Léger, who dedicated a book to Loden and Wandain 2012: Supplément à la vie de Barbara Loden. The reading in the cinema space at Kino Arsenal dissolves the biographies of the film character, the actress and the writer: “A woman telling her own story through that of another woman.” Nathalie Léger

Karolin Meunier is an artist and writer from Berlin. Her performance, text and video works observe how access to individual experience is accomplished through cultural and standardized practices like translation processes, conversations, or learning methods. Her artist book A Commentary on Vai Pure by Carla Lonziwill be published with b_books/Archive Books in 2020.

The event is a cooperation between Kino Arsenal and KW Institute for Contemporary Art in the framework of the exhibition The Making of Husbands: Christina Ramberg in Dialogue.