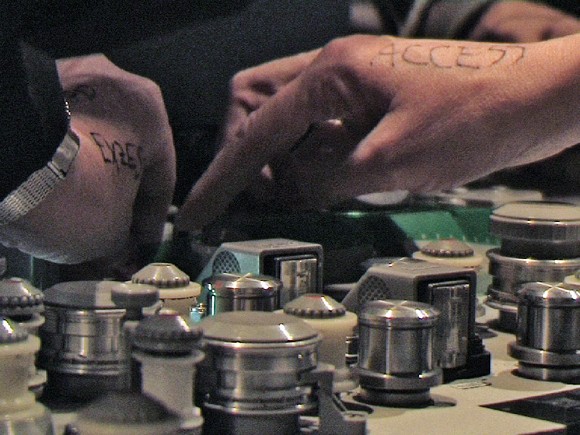 Based on the installation Möglichkeitsraum, Angela Melitopoulos invites the lawyer Dr. Paul Klimpel, from Irights Berlin, alongside further participants of the Living Archives project to discuss the legal limits of appropriating archival images in works of art.

Where and how do copyright and authors' rights limit the artistic or scientific use of film images? How do you deal with quotation rights, fair use and legal understanding of authorship, which concieves of creativity as merely an individual act? Which current trends in relation to the reusability of cinematic images in an artwork are being internationally discussed, and what do they mean for updating the film archive?

The event From Access to Excess will take place following the film-performances Möglichkeitsraum I – IV, also within the exhibition space and alongside the installation. Dr. Paul Klimpel provides examples from his book, Moving Pictures - Rigid Law: The Film Heritage and its Legal Framework (2011), and discusses these issues with participants of the Living Archives project.