Argument:
A Project by Anthony McCall and Andrew Tyndall

Organized in advance of the presentation of Anthony McCall’s Line Describing a Cone, at KW Institute for Contemporary Art, comprising:

– a book, accompanying the event

– followed by a public discussion, moderated by Will Holder with Karolin Meunier and Jeremiah Day 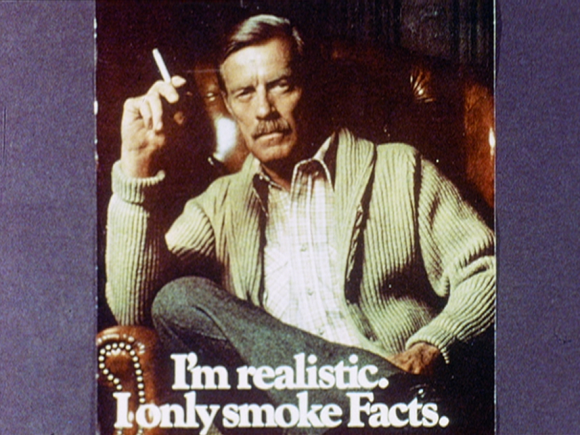 Argument is a feature-length, 84-minute essay film examining one issue of The New York Times  to investigate the ideology of news, the language of fashion and the construction of masculinity.

Three male voices dissect one edition of the New York Times through a series of locked-off shots, revealing the prejudice and latent content of news and advertisements, reading images as texts and presenting text as an image. Fashion photographs are used as a starting point for a political investigation of news, advertising, and images of masculinity—while at the same time, the filmmakers reflect on their own position and the possibility of radical film practice.

This screening is organized following the invitation of 1978:

“The film is not only what is on the celluloid, but also how, where and to whom it is shown […] The film was designed to be shown in a seminar/workshop situation, in which the film would be no more than an element in a larger ‘argument’.[…] The screening will consist of a showing of the film, followed by a two hour discussion. All those who attend will receive a copy of a [36] page book in advance with writing and photographs on issues raised in the film.”

The screening of Argument is part of Prospectus: A Year with Will Holder