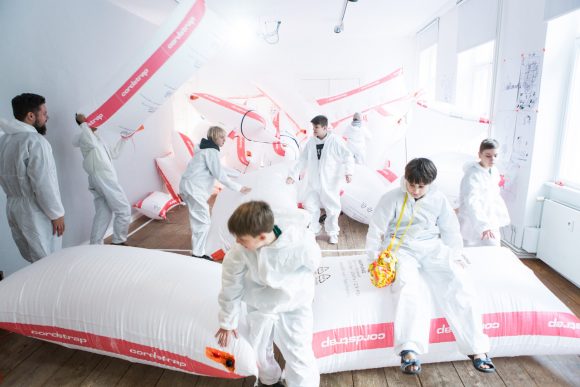 Zwisch is a performative workshop that deals with individual and collective perceptions of space. The focus lays on the gap. What is in between is often referred to as emptiness, as a pure transit space between two locations or states. To strengthen this quality, make it tangible and appreciate it, was the aim of a three-day workshop at KW, which was implemented as part of the Christmas project week with students of the Heinz-Brandt-School, Berlin-Weißensee. Together with the students, the moment of threshold, the staging of transition, the boundary between mental and physical space, and their coupling with body and place were examined.

By means of a co-creative and participatory process, the participants were invited to appropriate the space in between with oversized, inflatable transport bags, and by doing so, modify and document the space. Afterwards the students recorded their observations in the form of a fictional short film, which was then presented at the school to other students and teachers.

Zwisch was made possible by funding of the national program of the DKJS Kulturagenten für kreative Schulen Berlin and the Berlin Senate Department for Culture and Europe. 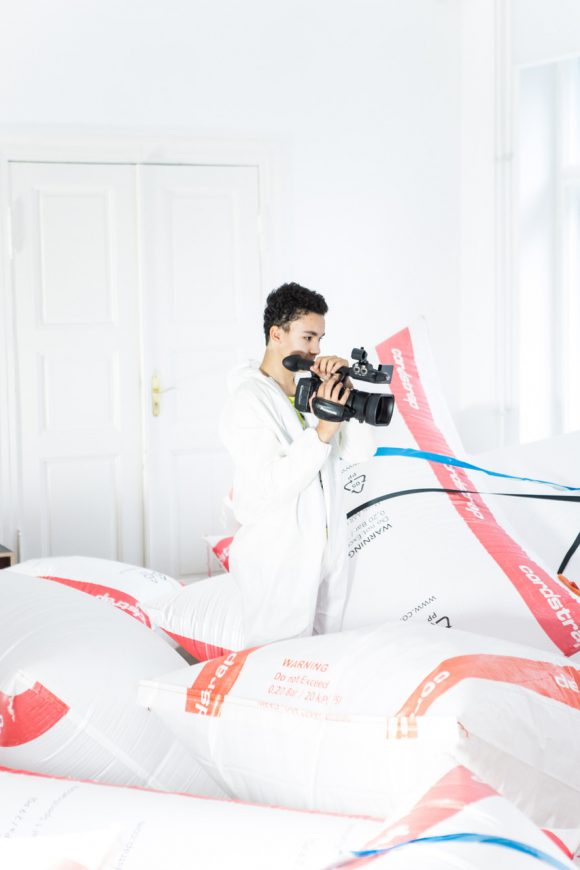