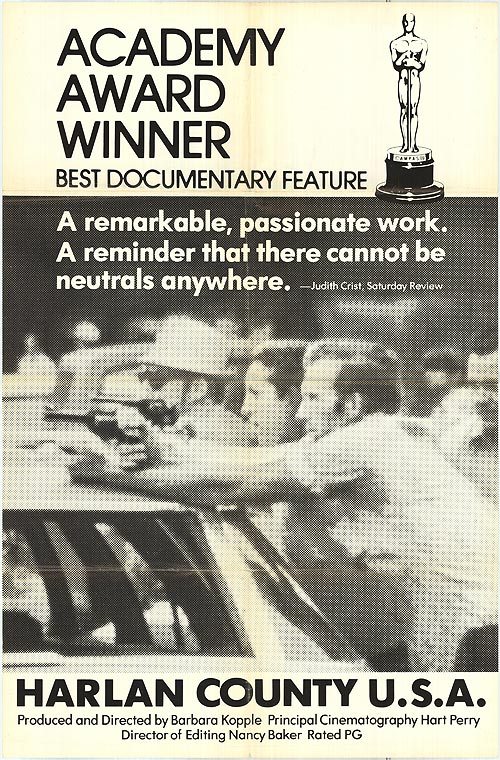 The discussion following April’s screening of Argument has provoked a series of screenings in the coming months. The first, Oscar-winning film Harlan County, USA, by Barbara Kopple invites the audience to see, if they agree with the Argument publication’s analysis:

Harlan County USA is a documentary film which describes a miners’ strike in Kentucky. Although the film depicted political struggle, it was, in no sense of the term, a politically radical film.”

The social events of the film were portrayed instead of confronted: they were denied political context—the past was portrayed nostalgically instead of historically; and the positions taken by the protagonists were presented for identification as opposed to analysis.

The film maintained an ‘objective’ presence as a liberal realist documentary, which drew on classic Hollywood narrative conventions of conflict/resolution. The filmmakers did not foreground their own intervention in the actions they showed; they did not establish a relationship within the film between themselves and the strikers; and they did not take a position with regard to future action—either filmically or non-filmically. The film itself did not confront the cinematic codes of representation and signification, either in filmic convention (the narrative documentary), or filmic material (sound/image).

The film maintained the conventional position of the filmmaker as the person with ‘knowledge’ and the audience as consumers of that knowledge. The audience was not required as a consequence of seeing the film, to adjust its position either with regard to the film itself, or with regard to society as a whole. 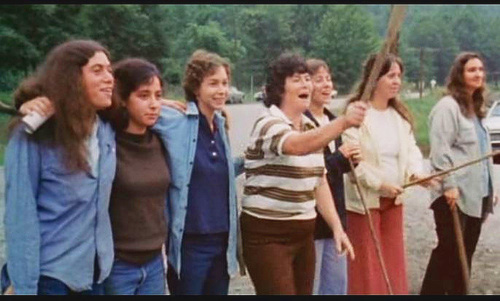