Premier of the 6th episode : 30 July 20
Co-curated by Colin Self & Zander Porter

The event will be streamed on the website of KW.
In English 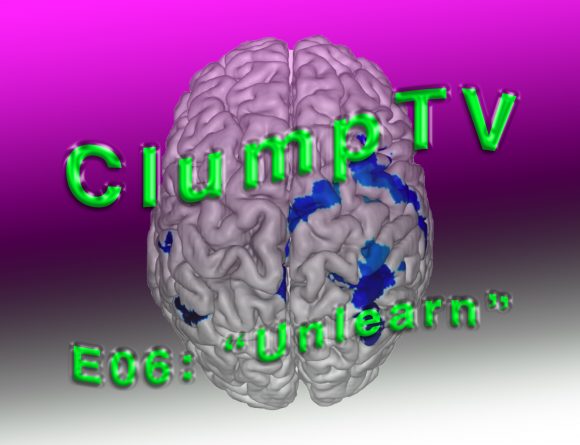 After a five-year hiatus and a recent revival of its performance series under invitations from Schöneberg’s TV Bar, the biannual ClumpTV video series returns with a new episode titled Unlearn. The newly commissioned episode includes a series of video works, video-performances, and video essays that will catalog varying contexts, efforts, necessities, and politics for unlearning knowledges that perpetuate colonizations of mind, body, space, world. Artists question those hegemonies which prescribe oppressive cognitions unto both more and less privileged bodies, homes, and educations, with spectrum-ranging intensities of internalized shame, disempowerment, etc. The pervasiveness of class, race, sexual, gender, embodied, and data-profiled privilege tiers seeks unlearning as a remedying tool for the amelioration of an epistemological supremacy which is rightly being questioned by the public eye in 2020 in an altogether new and fierce, forceful manner.