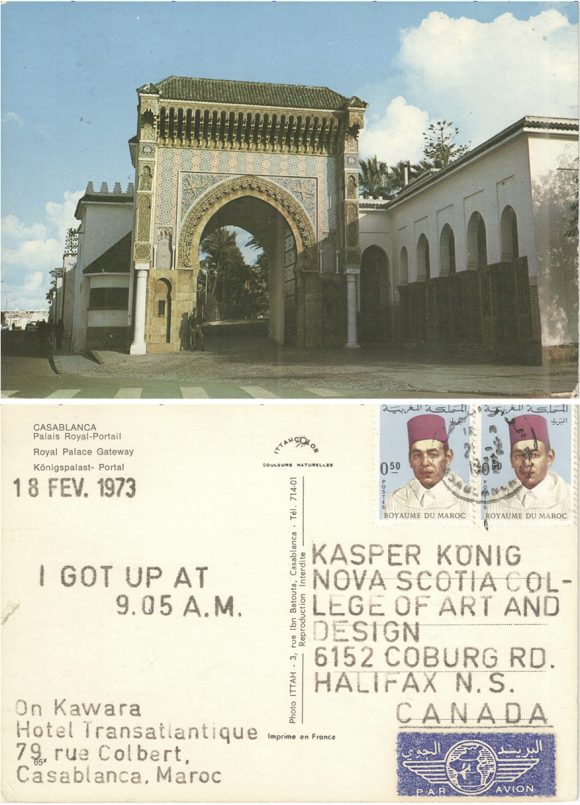 Closure and self-critique are complicated concepts, particularly for those practitioners who prioritize continuous production over periodic pauses. Clocking in from closeby Kurfürstenstrasse, our concluding conversational partner is Kasper König: a canonical “Kunst-King” who has constantly catalyzed new contexts for art’s presentation. Consequent to a recent controversy in Munich, König chats with K,’s curtailed caretaker, P., for a final, concentrated communion on contemporary conflict. Under the close watch of a Kawara canvas, they consider the conjoined arts of creating, reflecting, and counting—one day, one year, one conflagration, one curtain call at a time.

Kasper König (b. 1943) has curated numerous exhibitions, including Andy Warhol at the Moderna Museet, Stockholm, 1968 and Westkunst in the Cologne Exhibition Hall, 1981. He was the co-initiator of Skulptur Projekte Münster in 1977, director of the Städelschule in Frankfurt from 1989 to 1999, and founding director of Portikus, Frankfurt/Main. From 2000 until 2012, König was director of Museum Ludwig, Cologne. In 2014, he curated Manifesta 10 in St. Petersburg, Russia. Recently, he served as artistic director of Skulptur Projekte Münster 2017, a decennial exhibition since its founding in 1977.