For all KW events the 3G rule (vaccinated, recovered or tested negative) still applies. Furthermore,  wearing of an FFP2 mask is mandatory during the entire event.

Join us for a book launch of REALTY: beyond the traditional blueprints of art & gentrification, edited by Tirdad Zolghadr and published by Hatje Cantz (Berlin: 2022).

How to transcend land grab economies, even by means of art? Instead of theorizing our failures yet again, REALTY moves from the safety of critique to the vulgarity of suggestions. It traces how the current traction of Contemporary Art can be used to better effect, here and now. The pandemic’s effect on mobility presents a historic opportunity. Rarely has criticism of our extractive artworld logic of one-place-after-another been louder, and rarely has the emphasis on location been more thorough. REALTY is a long-term curatorial program by Tirdad Zolghadr, initially commissioned by the KW Institute of Contemporary Art. With the help of a dozen artists and experts who contributed over 2017-2020, our reader revisits what the contribution of Contemporary Art can be to this decisive conversation.

The launch will feature a lecture by Zolghadr, followed by a screening of select episodes from REALTY-V, an online TV channel by Christopher Roth, co-commissioned by REALTY.

Tirdad Zolghadr is a curator and writer. Since 2017 he has been artistic director of the Sommerakademie Paul Klee. Other curatorial work includes biennial settings as well as long-term, research-driven efforts – most recently as associate curator at KW Institute for Contemporary Art Berlin (2016-20).

Christopher Roth is a film director, artist and television producer. So Long Daddy. See You in Hell will be launched in the summer of 2022, a coming-of-age film set in a commune in the 1980s. Roth was co-curator of 2038, the German Pavilion at the 2021 Venice Architecture Biennale, where over 4 hours of film emerged from the New Serenity series. In 2018, Roth co-launched space-time.tv a cooperative television platform with now 4 channels. The same year marked the premiere of Architecting after Politics, the third film with architects Brandlhuber+  after The Property Drama (Chicago Biennale 2017) and its predecessor Legislating Architecture (Venice Biennale 2016). Roth made Hyperstition with Armen Avanessian and The Seasons in Quincy, Four Portraits of John Berger with Colin MacCabe and Tilda Swinton (Berlinale, 2016). Roth’s film Baader was awarded the Silver Bear for “New Perspectives in Cinema” at the 2002 Berlinale. Christopher Roth shows at Esther Schipper Gallery. 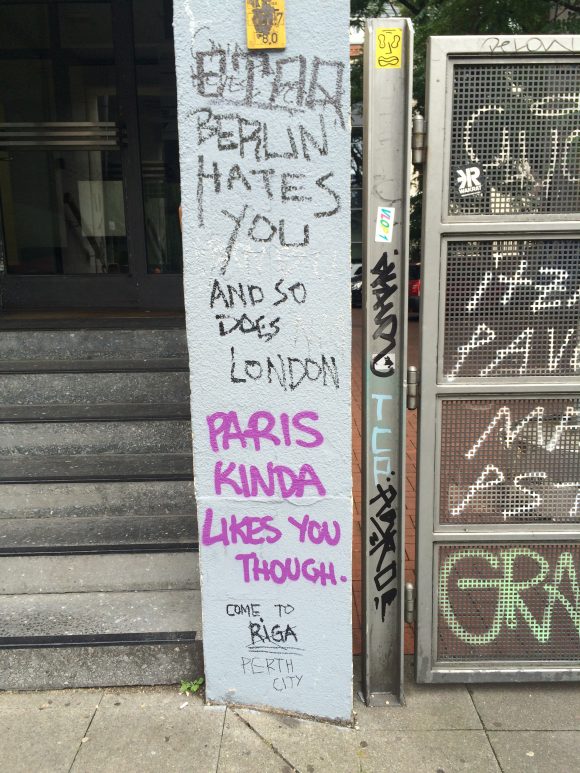