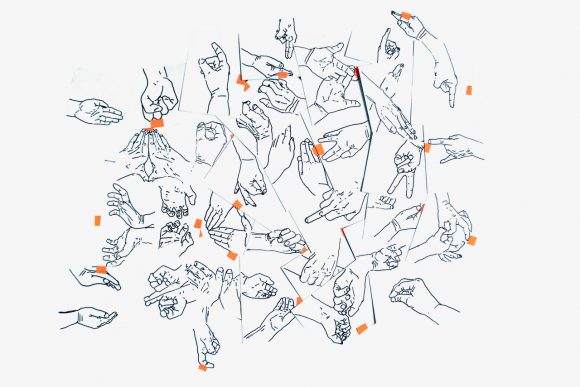 Workshop on new models of parenting

B*tches and Babies is aimed at all people who have children, want to have children, decide against having children, or are discriminated against due to their desire to have children. The exhibition The Making of Husbands: Christina Ramberg in Dialogue served as a prelude to regularly organized meetings on questions of maternity*, care work and new parenting to steer them into productive spaces for action.

In times of reoccurring strongly traditional and patriarchal family models, we—together with the participants—would like to think along new ways of parenting. During the workshop, we explore how parenting is constricted by normativity and how it could be critically shifted. Through the techniques of shadow theatre, we want to visualize heterogeneous family models in order to contribute to the recognition of diverse ways of life.

In addition to the last two events, this workshop will be accompanied by a short lecture by the guest-speaker Alisa Tretau.

Alisa Tretau initially studied social and cultural anthropology and political science at the FU Berlin, where she experimented with artistic media in collaborative settings. During her subsequent studies in theater direction at the HfMT in Hamburg, she continued to deal with questions that arose from the neoliberal, patriarchal society and has since been trying to express her belief in the community as a motor of creative processes. Since 2015, she has been working as a performer, director and dramaturge and in 2018 she published the anthology “Nicht nur Mütter waren schwanger. Unerhörte Perspektiven auf die angeblich natürlichste Sache der Welt“ [Not only mothers were pregnant. Unheard-of perspectives on the supposedly most natural thing in the world].

The *gender star points to the diversity of gender identities that need to be included in a new definition of terminology.