Christine K. Hill,
Volkseigene Bibliothek a.k.a. What’s in a name?

Please note that this event takes place at K, at Ebersstraße 3, 10827 Berlin-Schöneberg. Open Fridays, 11–5 pm and by appointment at kontakt@k-komma.de. 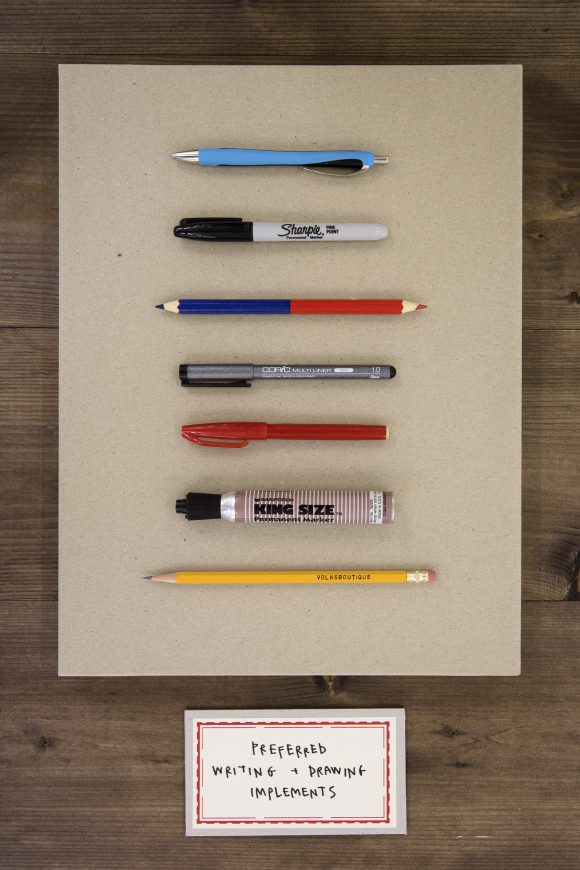 Every ending is also a beginning. And so K, plans its eventual end where another provocatively-punctuated, single-letter presentational venue once kicked its program off. This time around, we invite Christine K. Hill, well versed in branding boutique Betriebsformen that bridge the boundaries between conceptual art and commercial activity, to bring her voluminous knowledge and proven knack for naming to our clunkily-coined Kunsthalle. Together with K,’s truncated totem, P.K., K. Hill pontificates on the virtue of books: in particular, her new series of notebooks that perform the work of a constructed archive and philosophical playbook alike. Simultaneously, the two long-term co-conspirators consider what equity remains in venerable monikers — since every name is endlessly fungible and every river can only be stepped into once. How might a particular format for artistic practice read as a diagram over time, a novel seedbank for multiple future possibilities?

Christine Hill is an American artist based in Berlin. She is most widely known for her comprehensive, ongoing project Volksboutique: a flexible format for discussing industry and labor, artistic economy and autonomy, transactional exchange and value systems. Since its inception, Volksboutique has authored and produced numerous performative installations serving as alternative business models or proposals—called Organizational Ventures—commissioned by museums, biennial exhibitions, and gallery spaces including Kunstraum Innsbruck; Galerie EIGEN + ART, Leipzig/Berlin; Feldman Gallery, New York; Martin-Gropius-Bau, Berlin; as well as P!, New York. From 2010–2014, Volksboutique operated a public storefront space in Berlin, The Volksboutique Small Business. Hill holds the professorship for Art & Social Terrain at the Bauhaus-Universität in Weimar.