‘How do you tell the story of the losing side of a conflict when history has already been written by the winners?’

The exhibition Christopher Kulendran Thomas – Another World at KW Institute for Contemporary Art explores an alternative approach to technology through the prism of the defeated revolutionary struggle for an independent Tamil homeland.

The struggle stems from a civil conflict which erupted after British colonial rule, of the island now known as Sri Lanka, ended in 1948. The Tamil liberation movement was born as a response to discrimination, persecution and purges against the Tamil minority on the island. This movement led the formation of Tamil Eelam as an autonomous territory in 1983 in the Northern and Eastern part of the island. During that civil war, the de facto state of Tamil Eelam was self-governed by a liberation movement that, in the early years of the world wide web, used the internet to coordinate a globally distributed parallel economic system amongst the Tamil diaspora until the Tamil resistance was brutally eradicated by the Sri Lankan Army in 2009, sending a great number of people of Tamil descent fleeing into diaspora worldwide.

Developed together with longtime collaborator Annika Kuhlmann, the exhibition at KW features a major new commission, The Finesse (2022), that examines some of the lost legacies of this liberation movement in Kulendran Thomas’ family homeland. It traces the Tamil liberation movement’s attempt to imagine a cooperative economy based on renewable energy, communal ownership and computational coordination. The work is choreographed across five monolithic mirrored screens and a projection that spans KW’s first floor gallery to form an architectural hallucination. The immersive film installation melts pop culture into political science and combines archive footage with AI-generated avatars. Blurring the boundaries between historical research and a sci-fi proposition for an alternate reality, it looks at how the art, architecture and technology that were lost with the defeat of the de facto state of Eelam could today inform radically different, and constantly shifting, ideas of the future. With parts of the work continually, algorithmically generated anew, the film is never quite the same twice. 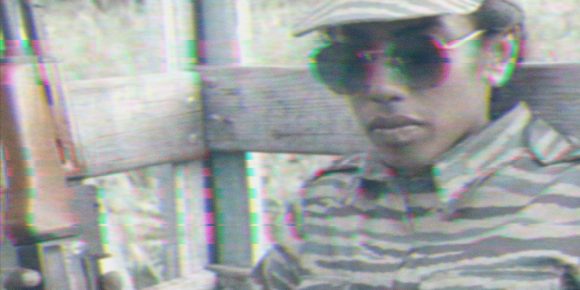 Across the second-floor gallery, KW presents a series of newly commissioned paintings that extend Kulendran Thomas’ use of artificial intelligence technologies. Exhibited alongside ceramic works by Aṇaṅkuperuntinaivarkal Inkaaleneraam, a leading light of the Eelam artistic resistance, the paintings are made using machine learning algorithms trained on the memetic circulation of art historical influences from the Western canon to Sri Lanka’s post-civil war art world.

Bisecting the second-floor gallery is a new variation of the 2019 video work Being Human that takes the viewer on an elliptical journey around Sri Lanka, from the fallout of the civil war there to the biennial of contemporary art founded in its aftermath. Combining real people’s lived experiences with algorithmically synthesized characters, the film features various guests of the Colombo Art Biennale as well as a brief appearance from Kulendran Thomas’ uncle, a family hero who established the Centre for Human Rights in Tamil Eelam. 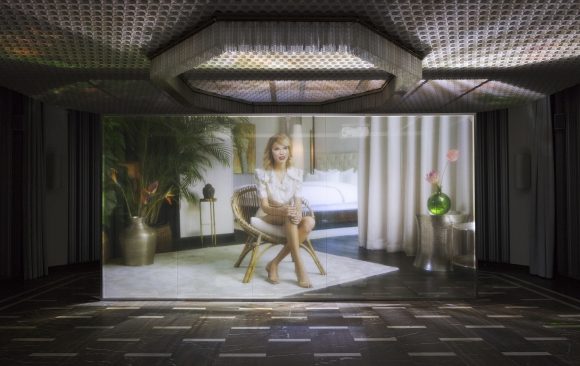 Together, Being Human and The Finesse form two parts of an ongoing trilogy probing alternative possible futures through the prism of diaspora and displacement. These post-cinematic works are not only distinguished by their form, production method, and experimental installation technique but are above all the result of an intensive creative development process involving numerous collaborations within the artists’ sprawling, international network of artists, journalists, choreographers, actors, and architects. The works themselves form and perpetuate creative networks that lend voices to an ethnic community who have been and continuously are deprived of a place to speak from.

A variation of the exhibition runs simultaneously at ICA London. Together these exhibitions mark the launch of earth.net, a multidisciplinary studio established to devise shared tools for new ways of living. Launching November, a public program on decentralized societies, hosted jointly by KW and the ICA, will convene a research community to explore civic technologies for cooperative economies. To get involved, register at earth.net. 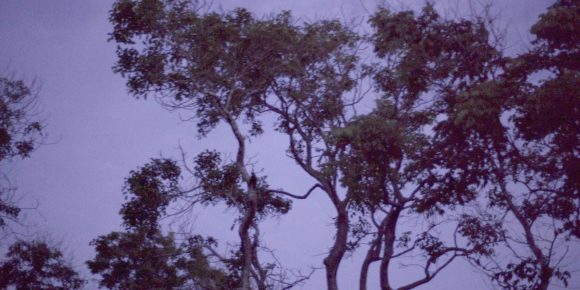 Annika Kuhlmann is a curator, filmmaker and producer. She was director of Berlin’s Schinkel Pavillon and has worked on exhibitions for Haus der Kulturen der Welt (Berlin), BFI Miami, Kunstverein Harburger Bahnhof and Gropius Bau (Berlin). As co-founder of the artistic research project New Eelam, she has collaborated with Christopher Kulendran Thomas on exhibitions and film installations for the 9th Berlin Biennale for Contemporary Art, the 11th Gwangju Biennale, Berlin’s Hamburger Bahnhof – Museum für Gegenwart, Tensta konsthall in Stockholm, the Museum of Contemporary Art Chicago, the Institute of Modern Art Brisbane and Spike Island, Bristol. Kuhlmann is Artistic Director at earth.net.

Aṇaṅkuperuntinaivarkal Inkaaleneraam’s origins lie in Eelam and in the clandestine artistic resistance that opposed the state suppression of Tamil culture on the island. Understanding art as part of a social process, many artists involved in the Tamil liberation movement worked pseudonymously and relied on collective solidarity to evade the Sri Lankan government, utilising the modest materials that were available in the besieged Tamil homeland. Though very little of their work survived the brutal end of the civil war that wiped out Eelam in 2009, the legacy of that creative scene now continues as a collaboration dispersed across the Eelam diaspora. Aṇaṅkuperuntinaivarkal Inkaaleneraam was and is an experiment in new forms of social organisation. It exists today as a Discord community, making use of technologies for DAOs (decentralised autonomous organisations) to collectively govern a distributed and fluidly autonomous collective inquiry into the lost histories and possible futures of Eelam art.

The Finesse (2022) by Christopher Kulendran Thomas is commissioned by the Institute of Contemporary Art, London, in partnership with Kunsthalle Zürich and KW Institute for Contemporary Art and realized with the generous support of Filecoin Foundation, Filecoin Foundation for the Decentralized Web and Medienboard Berlin-Brandenburg and with thanks to OMA|AMO, satis&fy and Adam Hall Group.