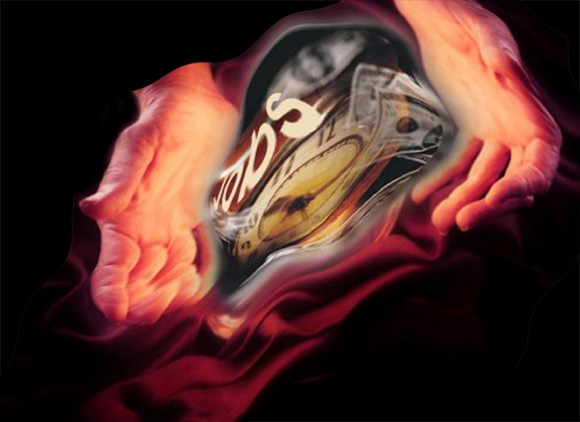 Betting in the form of speculation has been a ubiquitous element in the financial crises of recent years. The belief in the calculability of our future continues to dominate politics and society. What potential does the bet harbor today? And what is at stake?

The exhibition Connect Four: The Bet at KW confronts four artistic positions with one another, which analytically and playfully explore gambling as a mixture of faith and economics in the context of the individual on the one hand, and of society as a whole on the other. Daniel Keller lists absurd futuristic job titles, which may emerge over future technological development, but most probably will not.

Boehler & Orendt stage a creative workshop situation with a transcendent learning objective. The audience is able to prove its readiness on the spot, and to provide the personal commitment that is needed to boost further growth. Goldin+Senneby's installation The Discreet Charm investigates speculation on the financial markets, and Claire Fontaine's opening night performance activates her installation Get Lost in which she pinpoints intimacy and its abrupt rejection in the context of capitalist structures.

Connect Four is a new exhibition series at KW, which will bring four artists and their work into conversation with one another, each time on a different subject.

BÖHLER & ORENDT
Matthias Böhler (* 1981 in Aachen) and Christian Orendt (* 1980 in Sighisoara, Romania) have been working together as Böhler & Orendt since 2007. Together, they have been producing large-scale installations, which create imaginary, immersive environments that play with the sense of scale and imagination. They often treat the relationship between humanity and its environment, whether natural or artificial, and draw attention to the irony of its construction. Their work has been shown in exhibitions at the Museum Schloss Moyland in Bedburg-Hau, Wilhelm-Hack-Museum Ludwigshafen und Halle 14 Leipzig.

CLAIRE FONTAINE
Claire Fontaine is a Paris-based collective artist, founded in 2004. After lifting her name from a notebook brand, she declared herself a "readymade artist" and began to elaborate a version of neo-conceptual art that often looks like other people's work. Working in neon, video, sculpture, painting and text, her practice can be described as an ongoing interrogation of the political impotence and the crisis of singularity that seem to define contemporary art today. She emerges from the ruins of the notion of authorship, experimenting with collective protocols of production and with various devices for sharing intellectual and private property. Her work has been featured at the Musées d'Art Contemporain Marseille, the Institute for Contemporary Art in San Francisco, the Schinkel Pavilion in Berlin, and more.

GOLDIN+SENNEBY
Goldin+Senneby (since 2004) is a framework for collaboration set up by artists Simon Goldin and Jakob Senneby; exploring juridical, financial and spatial constructs. In their body of work known as HEADLESS (2007 –), they approach the sphere of offshore finance, and its production of virtual space through legal code. Looking at strategies of withdrawal and secrecy, they trace an offshore company on the Bahamas called Headless Ltd, while a ghost-written detective novel continuously narrates their investigations. Since 2010 their work has focused on THE NORDENSKIÖLD MODEL, an experiment in theatrical finance, in which they attempt to (re)enact the anarcho-alchemical scheme of 18th century alchemist August Nordenskiöld on the financial markets of today.

DANIEL KELLER
Daniel Keller (* 1986 in Detroit) is an American artist based in Berlin. Together with Nik Kosmas he founded the artist collective AIDS-3D, which has been collaborating since their studies at the Chicago Art Institute, producing installations, performances, sound and internetbased work. Without committing to one media or style, their work is concerned with the internet age's view on contemporary art and culture and interactions, engaging but also commenting on ideas of digital kitsch and technological utopia. Their work has been shown, among others, at the New Museum in New York, ICA in London and recently at the Aachener Kunstverein, Aachen; Import-Projects, Berlin; T293, Rome as well as at the Biennial of the Americas, Denver.