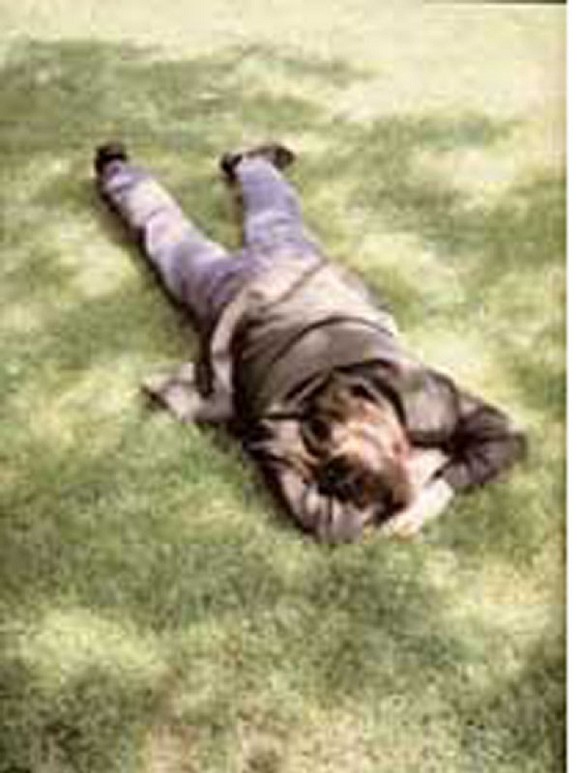 From July 16th to November 28th 2000 the KW Institute for Contemporary Art present the exhibition Couch-Park by the Swiss artist Erik Steinbrecher. The show is the result of a collaboration of six weeks, during which the artist used two floors of the KW as an open studio.

Erik Steinbrecher is almost possessed with images. At the beginning of this year he published part of his extensive past exhibitions of photos, clippings and reproductions in the magazine Couch, with which he created an important basis for his work with photographic materials. Erik Steinbrecher was now invited to exhibit part of the over 20 000 images comprising past exhibitions in the 2nd and 3rd floor of the Kunst-Werke. Over a period of six weeks, from late May to early July, Steinbrecher arranged and re-arranged the past exhibitions in changing ways. The public was able to follow the working process and changes directly. The outcome is an exhibition with twenty glass-cabinets on themes like city, body, nature, technology, sex and violence as well as installations of large-scale photographs by Steinbrecher himself. Taken out of their usual context and given the same emphasis, the sequences of pictures underline that the events depicted could actually occur at the same time. Since changing the combinations again and again Steinbrecher creates a complex systems of allusions and ideas, which richness and depth ultimately depends on the extent to which the viewer is ready to let loose his fantasy and imagination.

Eric Steinbrecher created an unusual parcours through the whole institution. The exhibition begins with a series of posters on the entrance gate of the Kunst-Werke and continues with a 20 m long beach-Couch and showers in the courtyard. The Couch offers not only a possibility to sit or lie down, but also contains a metaphorical dimension, recalling for example the couch of Sigmund Freud. The showers are also there to be used, inviting the visitors to undress and therefore closing the circle of allusions and parallels to the images shown indoors.