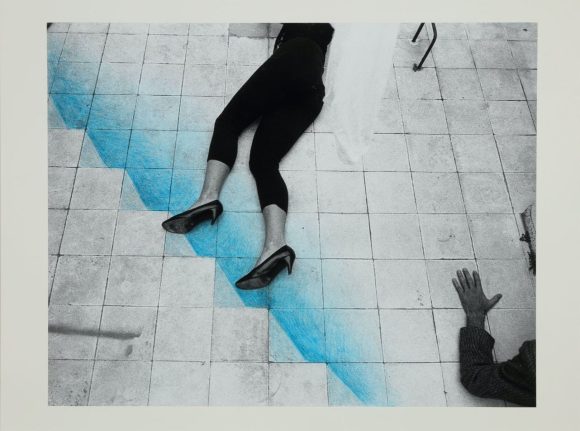 Ruido / Noise is the first solo exhibition by the Colombian-American artist Karen Lamassonne (b. 1954, US) in Europe and is collaboratively presented with Swiss Institute, New York, and Medellín Museum of Modern Art –MAMM. The exhibition brings together paintings, drawings, collages as well as videos that Lamassonne created between 1974 and today.

The works of Lamassonne are often situated in domestic spaces like bathrooms, bedrooms, kitchens, and hallways. As a woman, she playfully questions notions of self-portraiture and self-representation by concealing and revealing the self. In later works, she would move towards depicting the tension between the intimacy of sensual and sexual bodies in public urban spaces.

Lamassonne became closely connected to the Grupo de Cali (Cali Group), a group of filmmakers who heralded the New Latin American Cinema in the 1960s and 1970s and had a lasting influence on cinema production. Among many other capacities, Lamassonne was responsible for the art direction for Pura Sangre (1982), directed by Luis Ospina, and the German-Colombian production Kalt in Kolumbien (1985), directed by Dieter Schidor. From then on, the cinematic remained essential to her practice.

Lamassonne has been living and working in Colombia, the US, France, Germany, and Italy, and would also frequently travel between these and other countries. With her most recent works, she revisited old personal documents, letters, and postcards, to which she responds poetically, reworking them and turning them into collages. By doing so, Lamassonne has placed the exchange across borders and the nature of change as time passes at the center of her work, evoking a sense of timeless intimacy.

The travelling exhibition is supported by the Terra Foundation for American Art.

The travelling exhibition is supported by the Terra Foundation for American Art.