Book launch of the 18th F.R.DAVID issue, followed by a film screening of Archaic Torso (1971) by Péter Dobai 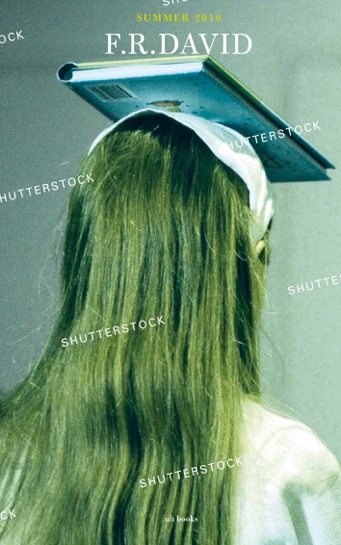 F.R.DAVID is a typographical journal, dealing with the organization of reading and writing in contemporary art practices. Since 2017 it is co-published by uh books and KW Institute for Contemporary Art.

The 18th issue of F.R. DAVID entitled Recto Verso is edited by Will Holder, and had its beginnings in prosody, the measure of language, geometry, and a notion of imagist transcription, even. A two-dimensional exercise, it turns out, on paper. Words were tuned out, in favor of the volume of values our bodies exchanged: “the historical and bodily movement of language amongst subjects.” Attentions turned—taking (the measure of) classes in body language: the non-verbal: the insinuated: the reverse-side of image: the backside, and, oddly: Oh no: we don’t speak about that—to the next page…

After the book launch a screening of Archaic Torso by Péter Dobai (1971) will take place. “This young man let us film his strange life […] His job is cleaning a factory and he lives with his parents in a suburban house. […] He uses all his leisure time to create a mind-body equilibrium through the cult of the body and the study of philosophy and ethics. His main aims are the realisation of the classic Goethian ideal and peace. For this he tries to gather strength from everyday life. In this fight he appears as an anxious, strange human island, striving for completeness and dignity.”

Thanks to the Hungarian National Film Archive