On the making of the exhibition Fassbinder: Berlin Alexanderplatz 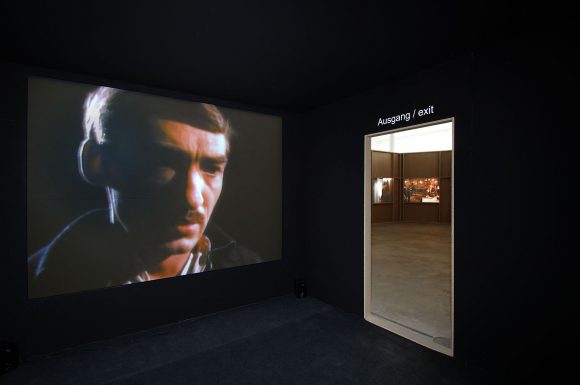 On the making of the exhibition Fassbinder: Berlin Alexanderplatz: An Exhibition
Verena Lueken in conversation with Juliane Lorenz

In the context of the exhibition Fassbinder: Berlin Alexanderplatz: An Exhibition

Verena Lueken: Born in May 1955 in Frankfurt am Main, Verena Lueken successfully completed secondary grammar school there. She studied dance in Frankfurt and Philadelphia, and sociology, German literature and film studies in Frankfurt and New York. Taking up journalism in 1988, she began to write for the Frankfurter Allgemeine newspaper in 1989, and since November 1991 has worked in the arts and culture section of the newspaper. From 1995 to 2002 she was based in New York as the newspaper’s arts and culture correspondent. Since then she has been on the editorial staff of the arts and culture section, generally focusing on film.
Awards: Internationaler Publizistikpreis, 1992. Publications: Kinoerzählungen, (ed.), Hanser Verlag 1995; New York: Reportage aus einer alten Stadt, DuMont Literatur- und Kunstverlag 2003, Gebrauchsanweisung für New York, Piper Verlag 2005.

Juliane Lorenz is an author, filmmaker, film editor, and the President of the Rainer Werner Fassbinder Foundation, based in Berlin and New York. She was also Fassbinder’s companion. From their initial meeting in 1976 they developed an intense professional and artistic relationship, which entailed fourteen films and lasted until the death of Rainer Werner Fassbinder in June 1982.

A highly acclaimed European film editor, Juliane Lorenz also collaborated with other renowned author-filmmakers, among them Werner Schroeter, Teresia Villaverde, and Oskar Roehler. Juliane Lorenz was involved in more than 50 productions. She received numerous awards for her work as a film editor that has been lauded as idiosyncratic and independent. Her achievements also include a variety of documentary films she wrote and directed, and several book projects. While Ms Lorenz is the legal heir of the estate of Rainer Werner Fassbinder, she took over the artistic direction of the Fassbinder Foundation in 1992. She initiated the comprehensive Fassbinder retrospectives in Berlin (1992) and New York (1997) as well as in Paris’ Centre Pompidou (2005). Ms Lorenz’ last accomplishment was the restoration of Fassbinder’s over fifteen-hours-long film Berlin Alexanderplatz. In addition, she directed two theatrical documentaries about its restoration and the original production in 1979/80. She lives in Berlin and New York.