Ghosts of Eden:
The films of Gabriel Abrantes

With an introduction by Margarida Mendes
4 May 13 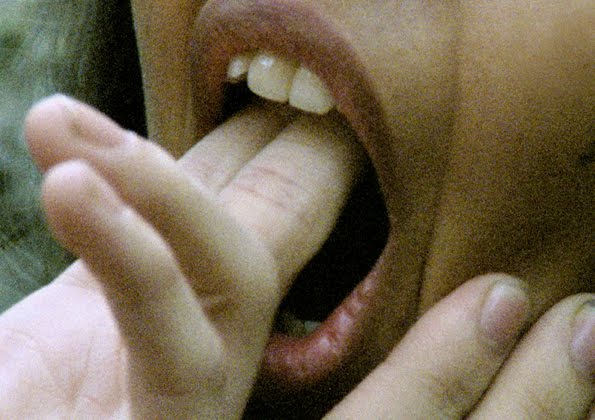 Post-colonial punk by nature, the films of Gabriel Abrantes are a mix of camp collage and sexually deranged adolescent narratives that occur in tropical scenarios.

His films, often made in collaboration with filmmakers Benjamin Crotty or Daniel Schmidt, have galvanized Portuguese cinema in the last few years, with their sharp, humorous scripts of nihilistic tension and vibrant aesthetics, which recur to the use of non actors, dubbing and visual montage as main strategies, proving the effectiveness and wit of pop cinema.

Drifting away from institutional critique towards the discussion of regimes of global power, Abrantes' cinema deals with the subjects of an emotionally dystopian future, haunted by colonial ghosts of the past.

Orinthes (2012) is a satire about dead languages, totalitarianism and colonization shot in the tropical landscapes of Haiti. The film departs from a staging of Aristophanes' Birds, in the original Attic Greek, where two men run away from Athens to escape taxes, and in their search to find a new city decide to colonize and organize the realm of the birds (the sky) which had up until then been 'free'.  The men succeed in taking over, and begin charging taxes to both gods and humans, the sky acting as the transit point between the two.
Language: Greek/French, English subtitles.

Visionary Iraq (2008), made in collaboration with Benjamin Crotty, is a film about a Portuguese boy and his adopted Angolan sister who depart for Operation Iraqi Freedom. At their gallery opening/ farewell party, their mother realizes they are having a secret love affair while their father is revealed to be profiting from infrastructure development investments, leaving them facing a moral decision.
Language: English.

A History of Mutual Respect (2010), probably one of Abrantes' most well known films, was made in collaboration with Daniel Schmidt and won a Golden Leopard award in Locarno. A History of Mutual Respect is a minimalist satire about two existential companions who depart on a sex tour through Amazonia searching for 'pure clean love', and who end up diverting through nihilism and the secretive ghosts of colonial exoticism.
Language: Portuguese, English subtitles.