Hassan Sharif
I Am The Single Work Artist 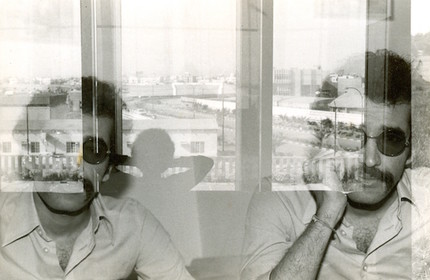 KW Institute for Contemporary Art is pleased to present the first major retrospective of the Emirati artist Hassan Sharif (1951–2016) in Europe. Sharif, who lived and worked in Dubai, was one of the most influential artists from the Middle East of the twentieth century. He is considered a leading pioneer of Conceptual Art and of new experimental artistic approaches that reconceive a conventional understanding of time, space, form, and social interaction, and which continue to resonate significantly with a younger generation to this day.

Born in the United Arab Emirates at the beginning of the 1950s, Hassan Sharif grew up in a time of great social and economic upheaval, marked by the discovery of oil in the early 1960s—the major turning point in the history of the region, which enabled the emirate to rapidly expand and grow. After studying at the Byam Shaw School of Art in London, he returned to the United Arab Emirates in 1984 and began staging interventions and contemporary art exhibitions in Sharjah, introducing a generation of artists to conceptual and Fluxus practices for the first time. Moving between his roles as an artist, educator, critic, and writer, Sharif not only sought to encourage Emirati audiences to engage with contemporary art in exhibitions, but also on the page through his Arabic translations of historical art texts and manifestos. By initiating a productive debate and exchange of ideas, he made a pivotal contribution to a new understanding of art in the United Arab Emirates and became a driving force of an experimental approach to finding artistic analogies for a hybrid sense of identity, in which the memory of the recent past of nomadic Bedouin tribes is compatible with a hyper-modern present.

Throughout his lifetime, Sharif created a complex, critical, and multifaceted body of work, including drawings, paintings, assemblages, sculptural installations, and performances. Detached from local art production, he articulated an artistic language that followed its own logic and artistic impetus, and was also process-based and not elitist. His works are characterized by the use of everyday materials on the one hand and by a kind of artistic reflection that feeds on an analytical view of the immediate environment and philosophical questions on the other.

This retrospective is the culmination of Sharif’s long history with the Emirate of Sharjah and is produced in close collaboration with Sharjah Art Foundation. The show at KW presents around 150 works from the artist’s diverse oeuvre, including early newspaper caricatures and comic strip drawings, paintings, sculptural installations, and assemblages. Afterwards it will travel to Malmö Konsthall, where it will be on display in fall 2020. An catalogue accompanies the exhibition.

The exhibition Hassan Sharif: I Am The Single Work Artist is produced in collaboration with Sharjah Art Foundation (UAE) and Malmö Konsthall (SE). This exhibition was originally curated by Hoor Al Qasimi and organized by Sharjah Art Foundation, where it was on display in 2018. The European venues are KW Institute for Contemporary Art and Malmö Konsthall. 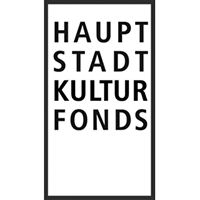 The exhibition Hassan Sharif: I Am The Single Work Artist is made possible through support from the Capital Cultural Fund.