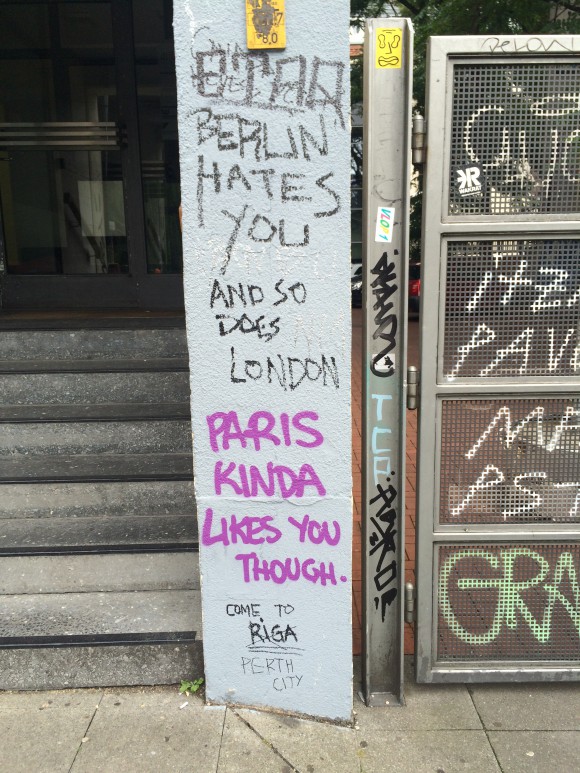 By and large, as gentrification presently stands, contemporary art cannot help but be part of the problem. At best, you have “cognitive mappings” in group exhibitions. At worst, you have neighborhood projects that allow artists to benefit, to varying degrees, from regeneration and displacement. What’s more, you have a complicity between gentrification and contemporary art that is overarching and structural in nature.

In order to move beyond business as usual, the art field needs to reinvent its ground rules. From the declared aim of being a force of creative disruption. To the work ethic of deregulated competition. Along with the thorough disinterest in building a viable future beyond the present moment. At the risk of sounding dramatic, if you are to reconcile art with a belief in social justice, there’s not much choice in the matter.

Among the challenges here, art world conditions of production stand out. It’s hard enough to pay rent, let alone plan ahead collectively. So if the housing crisis is to be addressed in structural fashion, the precariousness of the field has to be tackled concurrently. The lecture by Tirdad Zolghadr, KW’s Associate Curator, will argue for the centrality of the gentrification issue, and reflect on approaches adopted thus far. It will also describe the outlines of REALTY, a newly launched, long-term endeavor at KW and the Sommerakademie Paul Klee.

Hausgeist takes place in conjunction with the launch of the long-term project REALTY.

Funded by the Senate Department for Culture and Europe, Berlin.