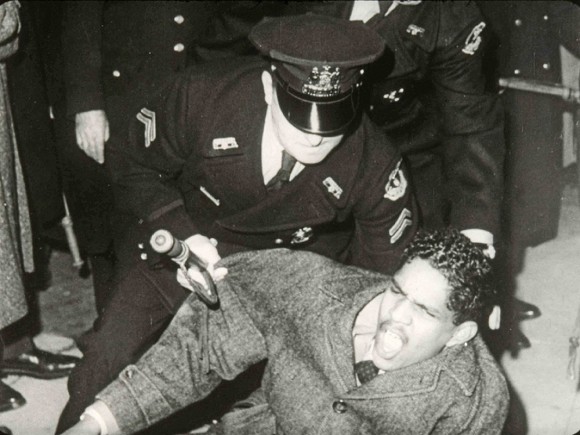 Participants of the seminar ...Past Surpassing Catastrophe by Hito Steyerl at the Berlin University of the Arts produced an exhibition on the Third Cinema movement's short film Now! (1965) by Santiago Alvarez.The exhibition Now! Extended (2012) questioned the film's relevance in the digital era, in which images and sound have become mobile, while ripping, remixing and collective production have become common tools of communication. For Living Archive, the past exhibition uses itself as an archive, its art works becoming source material for the new production. They are de-exhibited, compressed and re-exhibited. Within Living Archive, the publication that accompanies the exhibition Now! Extended will be launched.