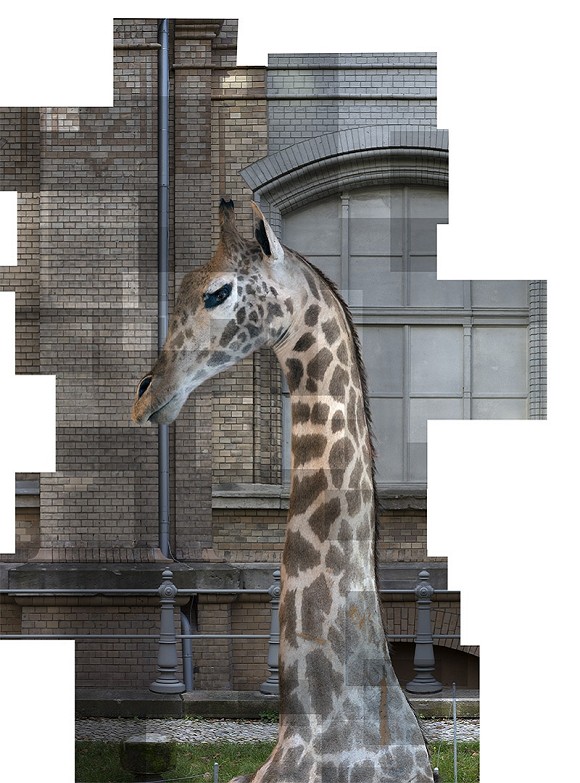 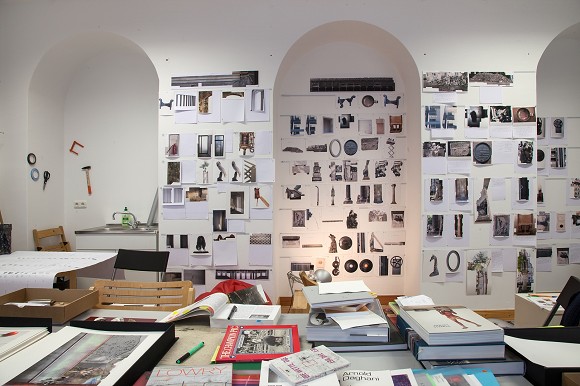 In early 2013, The Shpilman foundation (Tel Aviv), in collaboration with KW Institute for Contemporary Art and the Schir Foundation (Berlin) announced the award of their first joint photography residency. Ilit Azoulay (*1972 in Israel) moved into her studio at KW in June, 2013, and used her five-month residency to develop her interest in the archeology of cities. During her travels throughout Germany, she collected and photographed objects and architectural fragments in Berlin, Weimar, Kulmain, Regensburg, Dessau, Bamberg, Brandenburg, Xanten, Potsdam and Halle, as well as in the KW building itself.

In some cases, Azoulay singled out sites undergoing preservation, while in others she examined buildings that were reconstructed precisely, brick for brick, in accordance with Germany's restoration laws. Each of the 93 objects she collected was photographed using a technique similar to scanning. This technique is characteristic of Azoulay's practice and allows the juxtaposition of multiple points of view into a single, digitally composed image.

Following her stay in Berlin, the artist undertook the collection of all possible information that verifies the origin of each and every one of these objects. This meticulous gathering of information became central to the project and includes correspondence with monasteries, squat residents, taxidermy experts, plant researchers, building constructors and lawyers. In addition, a collection of recorded sounds emerged in relation to the photographed objects.

For her exhibition at KW, Azoulay presents the photographed objects in a site-specific installation. The accompanying data will be accessible through an audio guide, which allows the viewer insight into the artist's research process and the historical, personal and idiosyncratic details it uncovered, and leads them to explore each object's textuality.

Ilit Azoulay: Shifting Degrees of Certainty is kindly supported by schir, Shpilman Institute for Photography, and the KW Friends.

Kindly supported by the Israeli Embassy in Germany.

Ilit Azoulay: Shifting Degrees of Certainty is part of the Berlin Art Week 2014