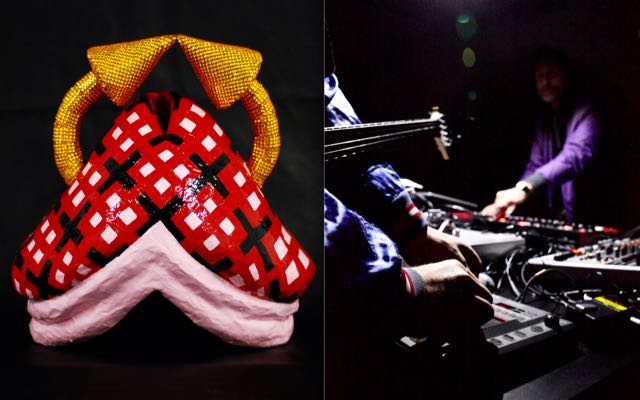 The Network of Berlin Independent Project Spaces and Initiatives is celebrating its last ONE NIGHT STAND event at KW Institute for Contemporary Art with a performance by Aoibheann Greenan, presented by Import Projects. Greenan’s 'Operetta' will be followed by a performance of the Danish-German Electro duo Sporty Jesus culminating in a jam-session featuring additional musicians. Furthermore, short speeches will be given and a photographic retrospective of the series projected.

Import Projects presents Aoibheann Greenan's theatrical and interactive piece The Wagner Rite adapted specially for the April ONS #8. Greenan takes irish writer George Bernard Shaw's political commentary on Wagner's tetralogy The Ring of the Nibelung as her starting point to envision and create an epic drama in which sexual desire is a symptom of cupidity and sexual perversions mirror systems of law and domination. At KW, four performers will engage the audience in a pseudo-ritual involving live music, a giant godhead figure, elaborate hand-made costumes and props. In sudden eruptions, the drama will unfold amidst the audience within four ‘zones’. Narrated by giant lips sitting astride a golden shopping trolley the performance will be accompanied by an original musical score, a mix of techno anthems and Wagnerian leitmotivs. At KW, Import Projects presents a unique version of Greenan’s full 'operetta', which will be staged in its entirety as The Wagner Rite at their location in Keithstrasse 10 on April 23 and April 30, 2016.
Elaborate hand-made costumes, god-heads and allegory: the stage is set for a collision between epic drama and bawdy ritual. Written, directed and narrated by Aoibheann Greenan. Composed by Robert Mirolo. Curated by Anja Henckel and Alice Planel.
An Import Projects commission supported by Culture Ireland and the Embassy of Ireland in Berlin.

The comission by Import Projects is supported by Culture Ireland and the Embassy of Ireland in Berlin.

The collaboration between KW and the Network, the ONE NIGHT STAND series, began in January 2014 with the goal of increasing the visibility of Berlin project spaces and initiatives. It aimed to lend the projects grounding in an institution, along with its discursive and performative conception of event programming, offering a platform of experimentation for one night. Over the past two years, the following 15 project spaces and initiatives were able to formally and thematically experiment within this format, following their application and selection by the ONS-Team: NOTE ON, A trans, Galerie Kurt im Hirsch, Institut für Alles Mögliche, Errant Bodies, General Public, Berlin-Weekly, insitu, Gitte Bohr, Liebig12, rosalux, SOMA Art Gallery, i Collective, L'oiseau présente and Import Projects. The completed projects featured works by over 100 artists and curators, and documented the vitality of the Berlin independent art scene. The importance of project spaces and initiatives in the Berlin art landscape became even clearer through the output of the ONS series.