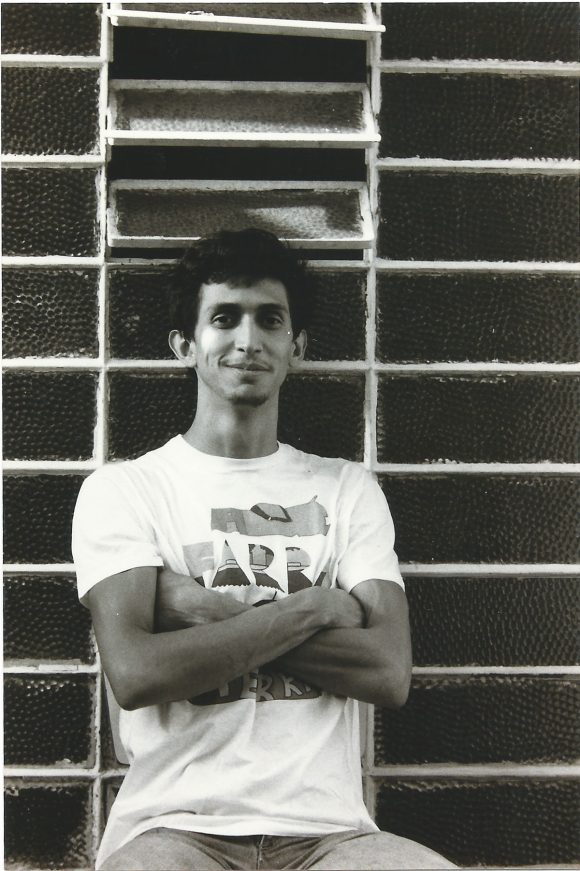 On the occasion of Leonilson: Drawn 1975—1993, curator of the exhibition Krist Gruijthuijsen will have a conversation with Lisette Lagnado, who was one of the curators of the 11th Berlin Biennale (2020) and who was a co-founder of the estate Projeto Leonilson.

Between October and December 1992, a couple of months before his passing, Lagnado had seven conversations with Leonilson, which resulted in one of the few biographical texts about the artist. In 1995, Lagnado was the first to curate a retrospective exhibition about his work, which took place at the Galeria de Arte do Sesi in São Paulo.

During the conversation, Lagnado and Gruijthuijsen will, among others, contextualize the generation of Brazilian artists known as Geração 80 (80s Generation) of which Leonilson was an exponent; discuss the personal exchange between Lagnado and the late artist; and talk about the national and international recognition of Leonilson’s poetic, introspective work.

Lisette Lagnado (born 1961 in Kinshasa) is a researcher, art critic, and independent curator. She was chief curator of the 27th Bienal de São Paulo How to Live Together (2006) and curated Drifts and Derivations: Experiences, journeys and morphologies together with María Berríos (Museo Nacional Centro de Arte Reina Sofía, Madrid, 2010).
From 2014 until 2017, Lagnado was director and Curator of Public Programs of the Escola de Artes Visuais do Parque Lage in Rio de Janeiro. Lagnado was coeditor of the magazines Arte em São Paulo (1981–89) and Trópico (2001–11). She coordinated the Programa Hélio Oiticica, an online archive of Hélio Oiticica’s writings (Instituto Itaú Cultural, 1999–2002). Lagnado is currently a member of the Associação Cultural Videobrasil, São Paulo.