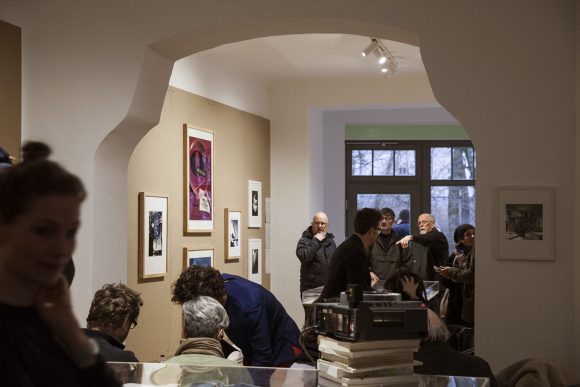 Our first program of K, is a conversation between noted design historian and professor Jeremy ‘Kai’ Aynsley and the curator of K, — P. Krishnamurthy — around the ideological tensions and resonances between East and West German design of the postwar period. Together with the presentation of Klaus Wittkugel, this discussion looks backward to look forward, setting the stage for the year to come.

Jeremy ‘Kai’ Aynsley is Professor of Design History at the University of Brighton, where he leads the Centre for Design History. He is also currently the Chair of the Design History Society and a member of the editorial board of the Journal of Design History (OUP). Jeremy Aynsley’s research, writing and curating has focused on modernism and design in the 20th century. Publications include Graphic Design in Germany, 1890-1945 (2000) and Designing Modern Germany (2008). He curated the exhibition Julius Klinger: Posters for a Modern Age at the Wolfsonian—FIU, Miami Beach (US) that runs until April 2018. His most recent research focuses on graphic design in East and West Germany in the 1950s and 60s.