For its second year of commissioning, KW Production Series engages the work of two Berlin-based artists: Andrea Büttner (born in 1972, Stuttgart, DE) and Rachel O’Reilly (born in Gladstone, AU). Already in development, these new moving image works will be premiered in the fall of 2019.

Organised in collaboration with the Julia Stoschek Collection and OUTSET Germany_Switzerland, the KW Production Series is inspired by KW’s founding principles as a place of production, critical exchange, and thoughtful collaboration. The series seeks to identify and serve artists that are at a pivotal moment in their work and career—those who will benefit not only from the financial support and institutional visibility this opportunity provides, but also those who will be able to use the Series to significantly contribute towards the depth and rigor of their moving image practice. 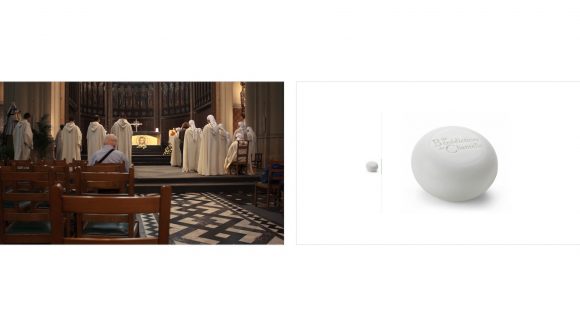 Andrea Büttner, What is so terrible about craft? / Die Produkte der menschlichen Hand, 2019, Double-channel video.
Andrea Büttner’s new moving image work considers how Western European traditions of craft have been infused with models for life and ways of being. The artist questions whom these models are serving, and how craft is deployed to “heal the wounds of Modernism”. The film considers craft’s ongoing relation to reactionary political movements, its role in national narratives and religious identities, as well as its solutions for societal discontents.
Andrea Büttner lives a in Berlin and London. She has had recent solo exhibitions at Bergen Kunsthall; the Hammer Art Museum, Los Angeles; Museum Ludwig, Cologne; MMK, Frankfurt am Main; Kunsthalle Wien; and the Walker Art Center, Minneapolis (US). Her work has also been included in Documenta 13, Kassel and Kabul, and the 33rd and 29th São Paulo Biennial. In 2017 Büttner was nominated for the Turner Prize. Her book Beggars was recently published by Koenig Books, and includes texts by Anne Carson and Linda Nochlin. In 2019, her forthcoming book Shame will be published by Koenig Books in collaboration with KW. 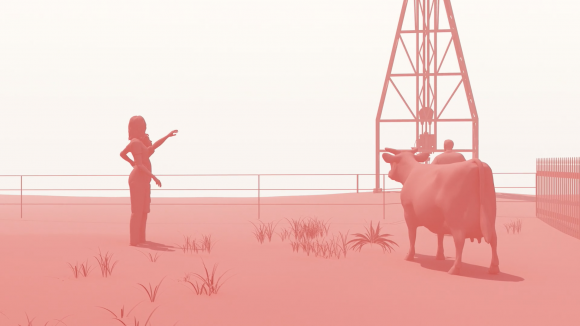 The story of “managing” and conceptualising land and water in Australia—the driest continent on earth—comes with complex cinematic, algorithmic, linguistic, legal and translation challenges. Rachel O’Reilly’s new work considers material connections of living, dead and “at-risk” archives of land, memory, activism and research that connect to describe the territory of the North of Australia. “What does it mean to trace the mediocre languages and images of any ongoing colonial development industry,” asks O’Reilly, “as it participates in the larger project of exhausting material entanglements?” Impasses and gathered intimacies within the gaps left by increasing value uniformity, neutral branding, and singular vocabularies of “best practice”, mark out rifts that query the category of the infrastructural itself.

Rachel O’Reilly grew up in Goreng Goreng country in the settler colony of Australia and lives and works in Berlin as an independent artist, poet, researcher, and curator. Her work has been shown at Van Abbemuseum, Eindhoven (NL); David Roberts Art Foundation, London; the Museum of Yugoslav History, Belgrade; If I Can’t Dance, Amsterdam; and BAK – basis voor actuele kunst, Utrecht (NL). Recent curatorial collaborations include Ex-Embassy, Berlin and Planetary Records: Performing Justice Between Art and Law, Contour Biennale. Her book with Jelena Vesic and Vlidi Jeric, On Neutrality was published by the Non-Aligned Modernisms series, Museum of Contemporary Art, Belgrade. She writes with Danny Butt on artistic autonomy in settler colonial space. O’Reilly’s writing has been published by Cambridge Scholars Press, The MIT Press, Postcolonial Studies, and e-flux Journal. She currently teaches the theory seminar At the Limits of the Writerly at the Dutch Art Institute, Arnhem (NL).