For its third and final year of commissioning, KW Production Series will work with London-based artist and researcher Onyeka Igwe, who explores the physical body and geographical place as sites of cultural and political meaning; and New York-based collaborative duo Lin+Lam––Lana Lin and H. Lan Thao Lam––who draw on their backgrounds in architecture, photography, sculpture, installation and time-based media to grapple with incidents informed by past political narratives. Already in development, these two new moving image works will be premiered online in Winter 2020.

Organised in collaboration with the Julia Stoschek Collection and OUTSET Germany_Switzerland, KW Production Series is inspired by KW’s founding principles as a place of production, critical exchange, and thoughtful collaboration. This series seeks to identify and serve artists that are at a pivotal moment in their work and career—those who will benefit not only from the financial support and institutional visibility this opportunity provides, but also those who will be able to use the KW Production Series to significantly contribute towards the depth and rigor of their moving image practice. Previous productions include: Andrea Büttner, What is so terrible about craft? / Die Produkte der menschlichen Hand, 2019; Rachel O’Reilly, INFRACTIONS, 2019; Jamie Crewe, Pastoral Drama, 2018; and Beatrice Gibson, I Hope I’m Loud When I’m Dead, 2018. 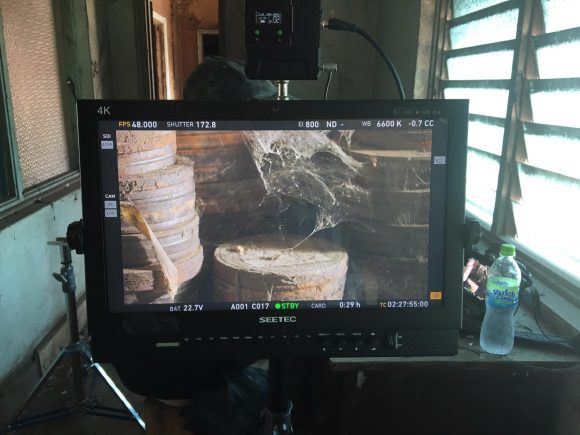 Onyeka Igwe is an artist filmmaker, programmer, and researcher. She is currently based in London. In her non-fiction video work, Igwe uses dance, voice, archive, and text to expose a multiplicity of narratives. The work explores the physical body and geographical place as sites of cultural and political meaning.

Lin+Lam (Lana Lin and H. Lan Thao Lam) have collaborated together since 2001. They produce research-based projects that expand the conception of history, evidence, and subjectivity. Their work has always served a pedagogic as well as aesthetic function, asking viewers not to take information for granted, but to question the motives behind how representational choices are made and the methods through which they are structured. As artists and scholars, they have engaged with psychoanalysis, anthropology, and post-colonial studies. Lin+Lam’s new video continues to investigate social hierarchies and power relations, assessing history, art and media’s potential for truth-telling and manipulation.

Lin+Lam’s work has been exhibited at international venues including the Museum of Modern Art, New York; New Museum, New York; The Kitchen, New York; and the Queens Museum, New York; Yerba Buena Center for the Arts, San Francisco; Arko Arts Center, Korean Arts Council Seoul; Internationales Oberhausen Short Film Festival (DE); and the 3rd Guangzhou Triennial (CN). Their work has been supported by the Canada Council for the Arts, the Jerome Foundation, the Fulbright Foundation, and the New York State Council on the Arts, among others.