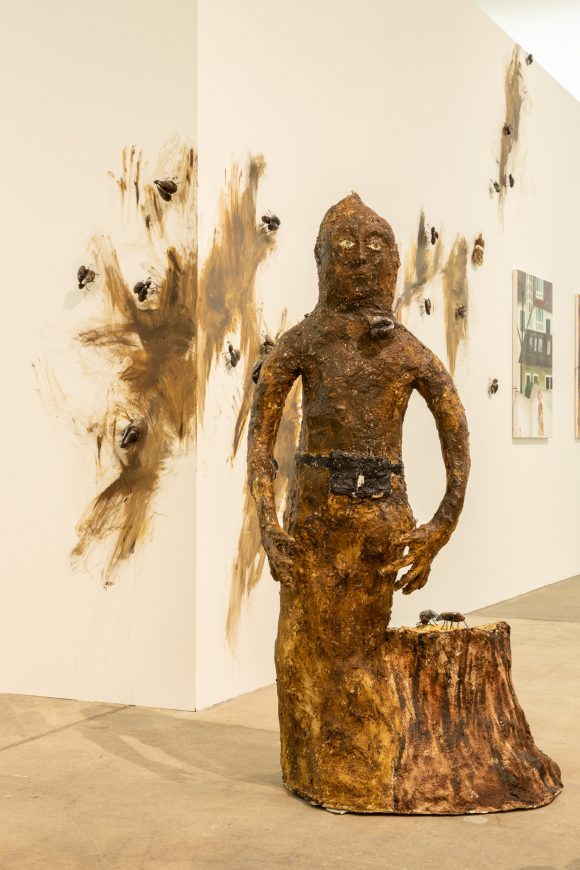 On the occasion of Amelie von Wulffen’s exhibition, KW Institute for Contemporary Art presents a lecture by Berlin-based artist Tonio Kröner on von Wulffen’s work. Taking the “fecal-creature”, a figure made from papier mâché featuring in her new installation as a point of departure, the lecture seeks to elaborate the various levels of reality in the artist’s work, by analyzing both how they relate to the context of production as well as to that of reception. The lecture will be followed-up by a conversation with Anna Gritz, curator of the exhibition.

Amelie von Wulffens exhibition at KW culminates in an overview of her paintings from the past 5 years. This is approximately the time span from Donald Trump to Covid-19: a bizarre time of dividing and polarizing societies in which we persist, paralyzed. This is also the realm of the “fecal-creature”, A life-size papier-mâché figure of von Wulffen dating from last year, around which her exhibition seems to revolve. The “fecal-creature”, has set up a flea market. It shows what it has made, even during the lockdown (figurines made from exoskeletons of dead molluscs glued-together, painted pictures). But it also presents itself, insisting on its participation in the community. In its abject reference to expression, analysis and painting, it operates as the scale of the exhibition. Facing it and seeing through its eyes, a perspective opens up on Wulffens artistic production but also on art itself. And last but not least, the creature addresses us, as its viewers and its counterpart.

Tonio Kröner is an artist.