In accordance with the current Covid-19 regulations the 2G+ rule (vaccinated or recovered as well as boostered or tested) applies for all KW events. Furthermore we ask all participants to wear a FFP-2 mask throughout the event. 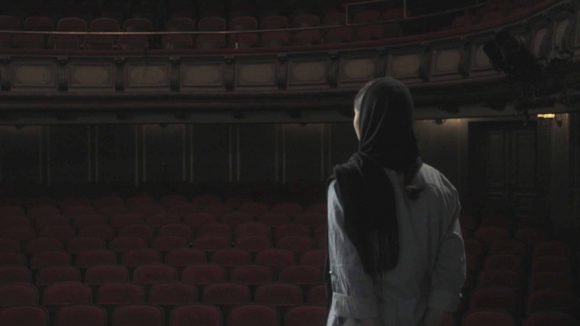 Prompted by watching Peter Friedl’s film, Report (2016), my talk will offer some stray reflections on “the way of humanity” (as Kafka calls it in his satire of the human ape, A Report to an Academy) – not least, as this concerns relations between captivity and asylum, freedom and expression, art and civil rights. As many have proposed, from Aesop to Wittgenstein, the allegory of a talking animal suggests that a lack of understanding in foreign languages is not limited to what others have to say, but provides a model for a lack of self-understanding. Produced in the context of Documenta 14, what Friedl’s film offers, I would like to suggest, is an example of this mimesis of the familiar as foreign, of an ethics of speaking and understanding, which exposes not only aspects of a European “political theatre”, but an underlying culture of what the primatologist Frans de Waal has called “anthropodenial”. In dialogue with what is staged by the film, this talk will explore a European imagining of alterity – with the paradox of a medium where what is edited out makes something become visible.

Dr. Mischa Twitchin is a lecturer in the Theatre and Performance Department at Goldsmiths, University of London, and was a British Academy Postdoctoral Fellow (2014–17). His book The Theatre of Death—the Uncanny in Mimesis: Tadeusz Kantor, Aby Warburg, and an Iconology of the Actor was published in 2016 by Palgrave Macmillan as part of their Performance Philosophy series. He has contributed chapters to several collected volumes (for instance, exploring Foucault’s “philosophical theater,” Beckett and modernist aesthetics, art research practices, and the potentials of “failure” in performance). He has also contributed articles to journals such as Contemporary Theatre Review and Performance Research, an issue of which, “On Animism” (vol. 24, no. 6, 2019), he co-edited. In addition to writing, he has been a theater lighting designer, and examples of his own performance and essay films are freely available on Vimeo.