A Farewell to Progress 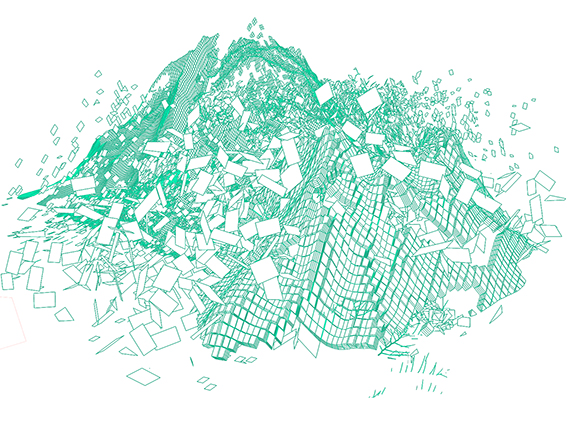 For the final Lichtspiele of 2017, artists and writers Jessica Aimufua, Caspar Jade Heinemann, Dorine van Meel, Hannah Proctor, and Wanda Vrasti come together for an evening of readings that look at the western capitalist and colonial narrative of “progress.” Pointing to the harmful underlying ideologies of progress, the contributors demand its dismantling. They ask how one can relate to a “future” if the narrative of progress is abandoned. These readings re-think not only one’s possible relations to a future, but also how one might relate to the present.

Jessica Aimufua (born 1991, DE) is a Berlin-based writer and critic. She writes about contemporary culture and modern aesthetics, with a focus on film, fashion and art.

Caspar Heinemann (born 1994, GB) is an artist and poet based in Berlin. Their interests include critical occultism, gay bio semiotics, and countercultural mythologies. Recent events include readings at the Baltic Triennial, Cambridge University, and the ICA, London, and exhibitions at the Museum of Modern Art in Warsaw, David Roberts Art Foundation, London, and Outpost Gallery, Norwich (GB). They have given guest lectures at Chelsea College of Arts, London; the University of Reading (GB); the Sandberg Institute, Amsterdam, and HEAD Geneva (CH).

Dorine van Meel (born 1984, NL) is an artist and writer with an interest in socially engaged art, feminist methodologies and self-organized forms of collaboration. Her work has been shown at South London Gallery; W139, Kunstraum London; and Transmediale, Berlin. She initiated various collective projects, including The Southern Summer School at BAK in Utrecht, a project that brought together art practitioners based in South Africa, the Netherlands and the UK to work through questions around art and decolonization.

Hannah Proctor (born 1983, GB) is an academic and writer based at the ICI Berlin. She is currently working on a new project on the psychological aftermaths of political struggles, provisionally titled Burnout. She completed a PhD on Soviet psychiatry at Birkbeck in 2015 and has published on subjects including revolutionary motherhood, communist pedagogy, rayon stockings, wrinkles, Soviet theories of sexuality, British anti-psychiatry, and imaginary women made of diamonds and glass.

Wanda Vrasti (1982, RO) is a writer, teacher and nightlife curator biking the streets of Berlin. Her interests range from critiques of capitalism, the history and philosophy of labor, materialist sex-positive feminism, dancefloor culture and the politics of friendship.

A Farewell to Progress is a project initiated by Heinemann and van Meel, with a new video installation by van Meel.

The project was developed with support from Mondriaan Fonds.