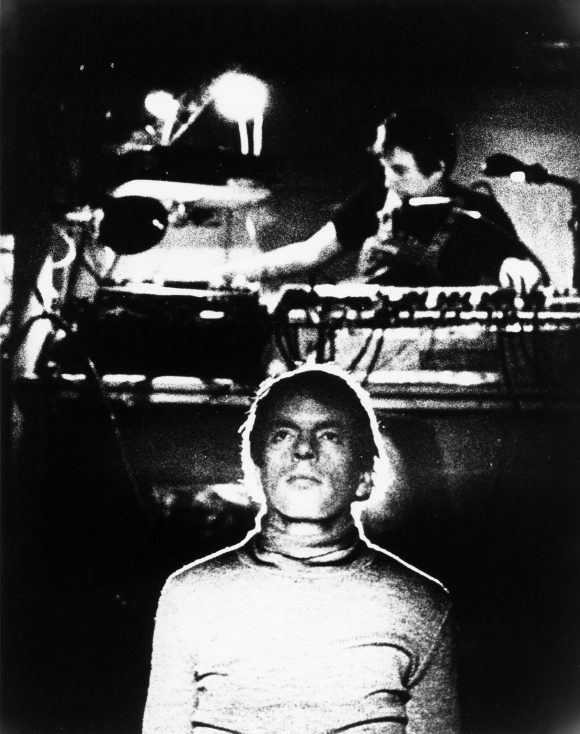 The 1977 stage production of Rumstick Road ushered in a new era of experimental performance. Composed in response to the suicide of Gray’s mother, the work combines Gray’s personal recorded conversations, family letters, the writings of Mary Baker Eddy, 35mm slides, music, and dance. In 2011, LeCompte and the filmmaker Ken Kobland began working with Wooster Group archivist Clay Hapaz to layer, juxtapose, and blend together numerous archival fragments of Rumstick Road—including U-Matic video, Super-8 film, reel-to-reel audio tapes, photographs, and slides—in order to reconstruct the lost performance. Completed in 2013, the reconstruction keeps faith with the theater piece by registering, in a new composite, the texture of time and memory that shaped the original. At once an invaluable document of one of the high points of 1970s experimental theater, and a radical re-working of the available footage, Rumstick Road is a major work of experimental video in its own right.

The Wooster Group is a company of artists who make work for theater, dance, and media. It originated in 1975 with works composed and directed by Spalding Gray and Elizabeth LeCompte around Gray’s autobiographical impulses (the trilogy Three Places In Rhode Island). Over the next few years they were joined by Jim Clayburgh, Libby Howes, Ron Vawter, Willem Dafoe, Kate Valk and Peyton Smith. The Wooster Group has sustained a full-time, ongoing ensemble since this beginning. The company is constantly evolving, and with its many artistic associates has created and performed twenty-five pieces for theater, thirteen film/video pieces, and five dance pieces. The company members are at the center of the work. Elizabeth LeCompte has directed all of the pieces, and members who have “moved on” periodically return to remount repertory pieces and make new work.

Joy Kristin Kalu is a writer and curator based in Berlin. She has worked with numerous international theatre companies and museums, including The Wooster Group, the Thalia Theater in Hamburg, the Actors’ Gang in Los Angeles, the Volksbühne Berlin, and KW Institute for Contemporary Art. Kalu holds an M.A. in Theatre Studies and American Studies and a Ph.D. in Theatre Studies from the Freie Universität Berlin. She has researched the aesthetics of applied theatre, the history of performance art, critical whiteness studies, and contemporary experimental theatre in Germany and the United States. Together with Dennis Loesch and other visual artists she initiated the ongoing kitchen and exhibition project freitagsküche berlin in 2007, and was the co-curator of Neue Heimat Berlin. She currently is t the dramaturg for theater and performance at Sophiensaele. Her book Aesthetics of Repetition appeared in 2013, her second monograph tentativiely titled The Subject of Disclosure will appear in 2019.

Special thanks to Clay Hapaz