Why Are You Angry? 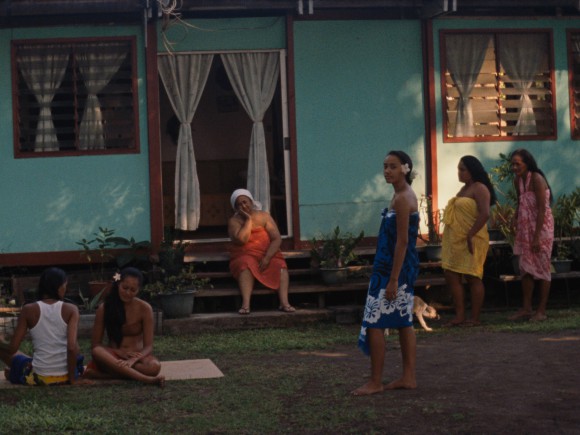 Nashashibi/Skaer, Why Are You Angry?, 2017, film still, Courtesy the artists and LUX, London

On the occasion of Lucy Skaer’s exhibition Available Fonts, KW Institute for Contemporary Art is presenting a screening of films stemming from Skaer’s long-term collaborative practice with the artist Rosalind Nashashibi. Nashashibi/Skaer have been making collaborative films since 2005. Their most recent production Why Are you Angry? premiered earlier this year at documenta 14. The film, which revisits Gauguin’s vision of the South Seas while scrutinising the transformative power of the interplay of looking and being looked at, will be presented alongside a selection of jointly made films and films made individually by Nashashibi and Skaer. Nashashibi/Skaer’s films often begin with an interpretative take on the creations of other artists to then unfold into a sequence of cryptic associations and loose references that expand on and complicate the initial inquiry.

The screening will be followed by a conversation with the artists and Anna Gritz, Curator at KW.

Rosalind Nashashibi (born1973 in GB) is a London-based artist working primarily in film, painting, and printmaking. Her films use the camera as an eye to convey moments and events, merging everyday observations with fantastical and mythological elements. Nashashibi represented Scotland in the 52nd Biennale di Venezia. Her work has been included in Manifesta 7, the Nordic Triennial, Sharjah Biennial 10, and documenta 14. She was the first woman to win the Beck’s Futures prize in 2003 and is this year nominated for the Turner Prize. She is currently Senior Lecturer in Fine Art at Goldsmiths University, London.

Lucy Skaer (born 1975 in GB) is an artist based in Glasgow and London. Her sculptures, films, paintings and drawings often take found photographic sources as their starting point. Rooted in reality, yet subjected to a process of elaborate transformation, her images hover in the space between recognition and ambiguity, figuration, and abstraction. Skaer exhibited at the first Scottish presentation at the Biennale di Venezia in 2003, where she also presented in 2007. She was nominated for both the 2003 Beck’s Futures prize and the 2009 Turner Prize. In addition to the Nashashibi/Skaer collaboration, Skaer is a founding member of Henry VIII’s Wives artist collective.