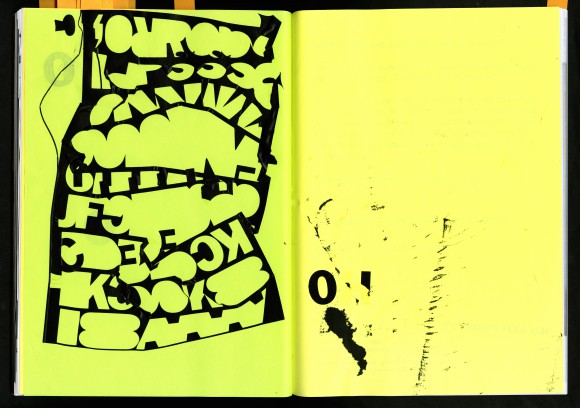 Heike-Karin Föll is a Berlin-based artist who works with materiality and mechanics of painting and language, treating textuality as a vehicle of content, a visual motif, and a material form. Föll’s work investigates the dissemination and valuation of art in consumerist cultures, focusing on new media dispersion methods that aim to make her work widely accessible. Her various works include paintings, books, prints, videos, and texts. Heike-Karin Föll is represented by Mathew Gallery, Berlin and New York.

Föll studied painting at the Staatliche Akademie der Bildenden Künste Stuttgart (DE) as well as Art History at the Freie Universität Berlin. From 2007 to 2009, she ran the independent project space Glaspavillon on Rosa-Luxemburg-Platz in Berlin. She currently teaches History, Theory, Criticism and Practice of Contemporary Art at the Universität der Künste Berlin. The artist book speed will be published in spring 2018.

Philipp Ekardt studied Comparative Literature and Art History at the Freie and at Humboldt Universität in Berlin, at the Université de Paris and received his PhD from Yale University (US). Ekardt is a former Editor-in-Chief of Texte zur Kunst and affiliated with University of London’s School of Advanced Study/The Warburg Institute. His first monographic study Toward Fewer Images. The Work of Alexander Kluge will be published as OCTOBER book at MIT Press. His second book Fashion Forward Benjamin will be published at Bloomsbury Academic. His work has appeared in such journals as OCTOBER, Texte zur Kunst, Ilinx, Poetica, Spex as well as in catalogues for Tate St. Ives, GB, Museum Ludwig, Cologne, DE; MuMOK, Vienna; Museum für Moderne Kunst, Frankfurt am Main, among others.

Counterparts/The Empress of the Ephemeral

Heike-Karin Föll’s canvases do not emerge from her books—cahiers of notes, scribbles, drawings, and exercises—but at this point they have their necessary counterpart in them. One could describe them as probing relations with the ephemeral, as well as plumbing distances in and between media. We might look at these paintings as transposing the conditions of the book to the general spatial situation of the exhibition. But what, exactly, is the equivalent of the page here? Is it the single canvas, on which strokes, shades of color, the occasional interspersed letters figure? Or is it the wall, on which the paintings are mounted? Are we looking at the media-equivalents of several sheets, on which the artist has left her traces, marks, her work? Or, is the entire wall the equivalent of a printed surface, on which individual pictures appear? Is this a sketch book? Or a page in a magazine? Or, even a screen? Whichever way – it surely is this: the becoming ephemeral of the exhibition wall. A case of questioning the monumentalizing ambitions of the painterly project, while confidently placing the medium within what seems a mobile of media – a balancing act, a constellational weighing, a construction, think Calder, but as a model for playing and weighing media against each other. A rare contemporary case of addressing painting’s (and drawing’s) place within our medial present, while also relating them to other media. A method of positioning them within a media constellational logic, one of layering, flipping a page, holding one interface and its constructional laws against another. (There are figures beyond the network to address (art in) the digital present.)