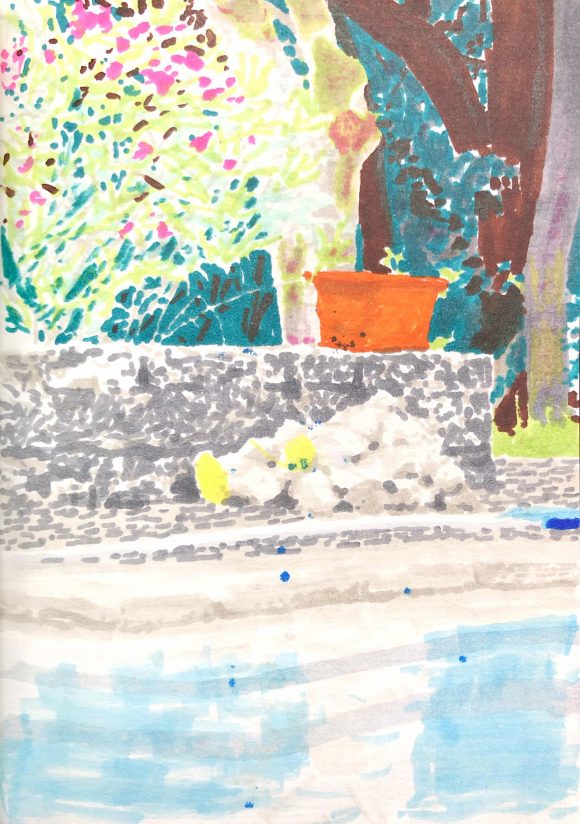 At the Pogo Bar, Marina Pinsky introduces some of her oldest friends—Joe Hoyt and 333 Boyz and invites them to take over the space through image and sound. Hoyt will present a new mural for the bar, and the 333 Boyz will play music during this special evening.

Marina Pinsky examines the way in which we can read images as material, spatial, and ideological models of the world. Using photography to untangle and reify codes of representation, Pinsky mixes digital and analog techniques, establishing a relational mode between virtual and physical worlds.

Joe Hoyt’s art practice is based around drawing and painting. He is known for his works consisting of very small ink dots. After living in New York City for several years, Joe moved to Los Angeles, where he currently lives and works.

The electronic music of 333 Boyz, to which Sam Lubicz and Liam Morrison belong, is characterized by a refined sense for the unexpected, vital, and funny. The 333 Boyz have developed a language and working method in appreciation of the absurd, driven by meticulous sound dissection.