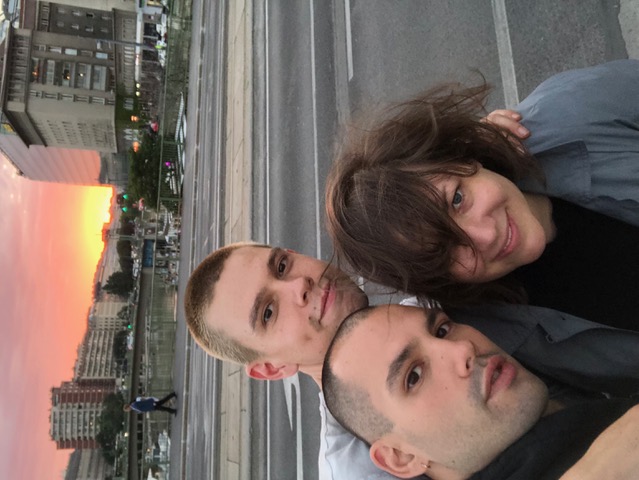 “They began dropping things. A pastry fork, a soaked tea bag, a knife here and there—some of them were still debating whether violence was an option. But they preferred spoons over knives anyways. Together they had read Ursula Le Guin’s Carrier Bag Theory of Fiction and it got them really excited, almost happy. They felt deeply connected to those who were out there picking wild oats and they were convinced it was time for their stories. They understood themselves as carriers and as carriers they wanted to make a difference.“ (Excerpt from The waiters are waiting, the coffees get cold by Christopher Wierling)

Following the theory that the first cultural device was probably a container, a recipient of some kind made by those who were not hunting but collecting, feminist speculative fiction writer Ursula K. Le Guin proposes unheroic stories that can hold connections instead of cutting them off. Unimpressed and tired of narratives revolving around the hero, the genius, the killer and his use of sharp tools or high technology—we would like to dedicate this gathering to those who work behind counters and in kitchens, who carry trays that carry spoons and cups and bowls and glasses and bottles for us to empty and refill so we can talk, dance and listen to each other.

Niclas Riepshoff and Michaela Schweighofer share an inquisitive approach to sculpture that often leads to immersing themselves in handicrafts and new techniques. They are interested in socio-political and queer/feminist questions that they explore within their individual practices and in different collaborative formations. Michaela Schweighofer studied Object Sculpture at the Academy of Fine Arts in Vienna and the Hochschule für bildende Künste in Hamburg (HFBK), where she met Niclas Riepshoff on an excursion to Venice. In addition to his education in Fine Arts at the HFBK in Hamburg, Niclas Riepshoff studied at the Städelschule in Frankfurt am Main and the California institute of the Arts.

Christopher Wierling is currently studying Cultural Studies with an interest in postcolonial perspectives and feminist storytelling, while working as an artist’s assistant. He used to be a waiter at KW’s Café Bravo. Previous exhibitions include group shows held at Villa Arson (2015) and Kunstverein Hannover (2013).