Pogo Bar Podcast:
Nicholas Grafia and Mikołaj Sobczak
It’s 10PM. Do You know where your children are?

In English, Polish and Tagalog 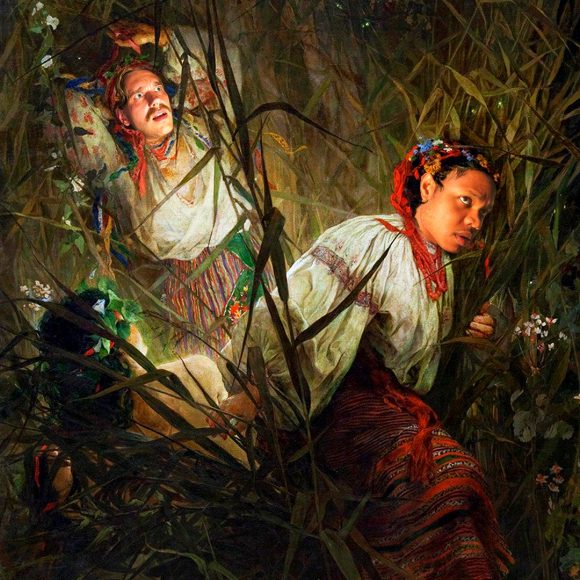 It’s 10pm. Do You know where your children are? narrates the struggles of teenagers dealing with their queerness within varying family dynamics and socio-political realities. The intertwined stories of the two protagonists touch upon memories, expectations and values shared between parents and their offspring with a diasporic background, unveiling the confluence of primary feelings of love, hate, desire and regret. Nicholas Grafia and Mikołaj Sobczak combine these anachronistic, personal fragments with other texts such as news items, statistics and research outcomes relating to BIPoC and LGBTQI+ individuals. The artists not only seek to negotiate individual positions in relation to religion, Slavic and Philippine folk traditions, scientific data and lived experiences, but also make the complexity of intergenerational, reciprocal understanding palpable.

The podcast It’s 10pm. Do You know where your children are? is a reworked version of an earlier staged performance. Since 2014 Nicholas Grafia and Mikołaj Sobczak often collaborate for performances and video installations, with which they reveal stories of marginalized people, and challenge notions of heteronormativity, patriarchism and eurocentrism. Their collaborative works have among others been shown and/or performed at the Museum of Modern Art, Warsaw (PL); Museum Ludwig, Cologne (DE); Shedhalle, Zürich (CH); Dortmunder Kunstverein (DE).

Nicholas Grafia (born in 1990, Philippines) holds a MFA from the Kunstakademie Düsseldorf (DE). He has previously studied at the Kunstakademie Münster (DE) and the School of Arts and Cultures in Newcastle (UK) as well as British, American and Postcolonial Studies at the University of Münster (DE).

Mikołaj Sobczak (born in 1989, Poland) graduated from the Academy of Fine Arts Warsaw (PL) in the Studio of Spatial Activities, followed by a scholarship at Universität der Künste Berlin (DE), and studied at the Kunstakademie Münster (DE). From September 2021, he will start a two-year residency at the Rijksakademie van beeldende kunsten in Amsterdam (NL).