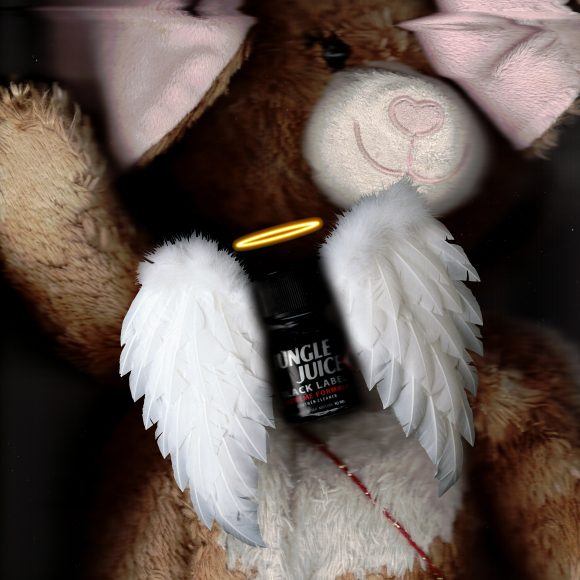 Meet Hope and Derek Heehaw—two siblings from a country-music-obsessed family in the south of the USA—in this radio show as day trip journal. Perspectives and legacies of their upbringing linger in their contrasting worldviews, which are confronted as they leave the city for a day and go out on a transgressive mission initiated by the devout Hope: angel hunting.

Trying to get closer to the source that will supposedly grant them freedom, they struggle through their perverse family dynamics before they can find their moment of salvation to grow wings, in particular after Hope seizes the opportunity to address Derek’s brain-deadening addiction that has pushed the talkative horse into the realm of nothingness.

The tongue-in-cheek radio show reflects on oral history in a broad sense, as well as on varying discourses of belief and devotion—whether they appear in the form of Christian virtues and vices, as configurations of ideology and wisdom in popular music and culture, or in the shape of contemporary convictions of the potential of mind-altering substances.

Alexander Iezzi’s practice is conceived through the transformation of materials into scenes, figures, sound and moving images to enter the surreal. The work begins with auditory and visual settings, in which experiments can be improvised and performed, to be reconfigured into artworks later. Iezzi collects and repurposes these materials, sounds and music (sometimes including protagonists, such as his peers or plush animals) in order to poke holes into the typical ways in which psychology, identity, and politics may be perceived.

Iezzi’s work fluctuates between sculptural installations, video, radio, and live performance. Over the last few years – whether solo or with collaborators such as composer Billy Bultheel or Omsk Social Club – he has performed or exhibited at CTM Festival (Berlin), MoMA (New York), the Kunstinstituut Melly (Rotterdam), Galerija Močvara (Zagreb), and Galleri Syster (Luleå, Sweden) but crucially, outside of institutions as well, allowing free-range conditions for the work to wander. He grew up in Tucson, Arizona, USA, and is nowadays based in Rotterdam and Berlin.