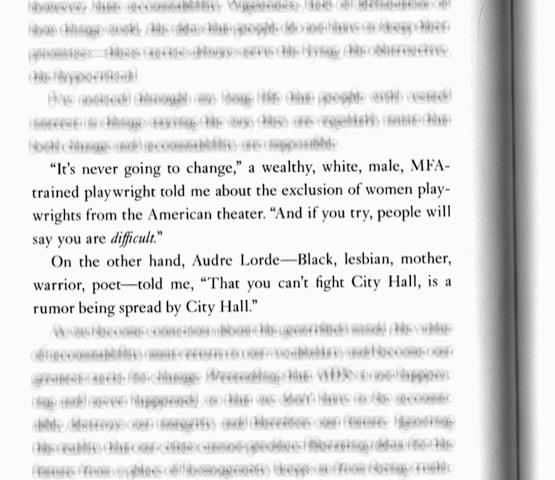 From: Sarah Schulman, The Gentrification of the Mind: Witness to a Lost Imagination, 2012, p. 52.

A presentation and discussion with Ramaya Tegegne about conditions of labor, remuneration and structural mechanisms of exclusion in the art field. The talk raises questions about the limits and potentials of collective strategies trying to reveal processes of normalization involved in the construction of artistic work and precariousness on a social, economic and ideological level, and the pressure put on individuals in such struggles.

Ramaya Tegegne is an artist, cultural producer and co-founder of WAGES FOR WAGES AGAINST, a campaign launched in 2017 to promote the systematic payment of artists in Switzerland and elsewhere. WAGES FOR WAGES AGAINST organizes round tables and public debates to raise awareness about issues of monetary vs. representative compensation in the art field.