Publication event and talk between Ben Kinmont and Christophe Cherix, with Jonathan Middleton

The event takes place via Zoom. 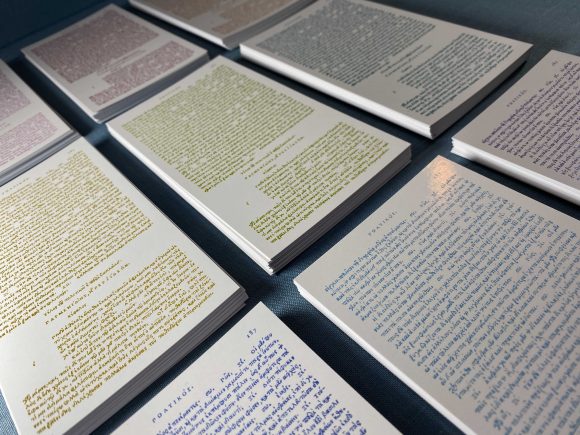 During the event the publication Project series: Ian Wilson will be printed at the same moment in nine different cities on Tuesday, April 6th. The printing process will be streamed live from Los Angeles, Vancouver, Sebastopol (CA), Toronto, New York City, London, Brussels, Paris, and Berlin. Afterwards, there will be a conversation between MoMA curator Christophe Cherix and Ben Kinmont discussing the publication, the work of Ian Wilson, and the Antinomian Press.

Project series: Ian Wilson is an interview between Ben Kinmont and Ian Wilson that took place on the 19th of October, 1997, in Kinmont’s home in New York City. In the interview, Wilson talks about the origin of his Discussion pieces, where and when they occurred, and their content and purpose. He mentions the work of Robert Barry, Joseph Kosuth, and Lawrence Weiner, the exhibitions of Seth Siegelaub, and the writings of Lucy Lippard.

Project series: Ian Wilson is published by Antinomian Press. As a publication, the interview challenges conventional rules of bibliographical description as there will be nine different first editions and no issue will have priority.

Ian Wilson (1940 Durban – 2020 Queens, NY) was one of the pioneers of conceptual art. He developed his most important body of work, the Discussions, around the notions of time, possibility of knowledge and the awareness of the absolute. Except for taking place informally amongst artist friends or collectors, his Discussions were regularly organised for wider public in art galleries and museums especially in Europe and in the US. In 2017 Ian Wilson had a solo presentation at the KW Institute for Contemporary Art in Berlin. Tate Modern hosted the last public Discussion with the artist in May 2017.

Christophe Cherix is the Robert Lehman Foundation Chief Curator of Drawings and Prints at the Museum of Modern Art. He joined the Museum’s curatorial staff in July 2007, after serving as curator of the Cabinet des Estampes at the Musée d’art et d’histoire in Geneva. His specialty is modern and contemporary art, with a particular focus on the art of the 1960s and 1970s.

Ben Kinmont is an artist, publisher, and antiquarian bookseller living in Sebastopol, California. Since 1988 his work has been project-based with an interest in archiving and blurring the boundaries between artistic production, publishing, and curatorial practices. He is also the founder of the Antinomian Press, a publishing enterprise which supports project art and ephemera.