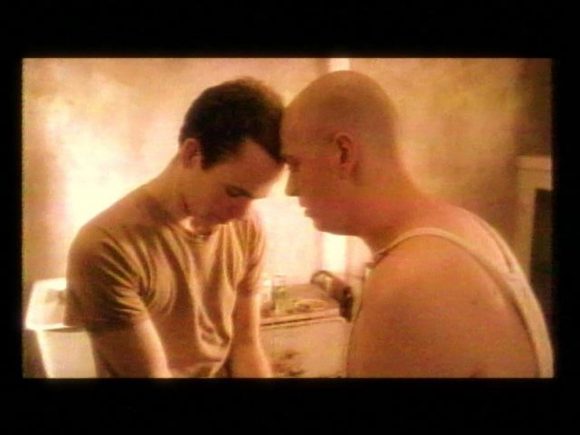 The evening combines filmic approaches to the work of Reza Abdoh within the accompanying program of his current solo exhibition at KW Institute for Contemporary Art. The documentary Reza Abdoh: Theatre Visionary (2015) by Abodoh’s long-time video collaborator and archivist Adam Soch presents a vivid portrait of the theatre director through video footage and interviews by former members of the dar a luz theatre company. Afterwards, Abdoh’s iconic film The Blind Owl (1992) will be shown, underlining his signature visual language, which was a prominent feature of his theatre plays.

Adam Soch fled communist Eastern Europe in 1980 to seek creative freedom in the United States. He has since worked as a documentary filmmaker and made films for theater sets. Most notably, he worked with director Reza Abdoh, designing projections for his plays The Hip-Hop Waltz of Eurydice, Bogeyman, The Law of Remains, Tight Right White, and Quotations from a Ruined City. He also produced Reza’s first and only feature film, The Blind Owl.

The Los Angeles Museum of Contemporary Art has introduced images of his work to their study collection. For television, Mr. Soch is one of the four originators of the ARTS Channel’s Classic Arts Showcase, a program broadcast nationally 24 hours a day featuring the classic arts of music, ballet, opera, theater, documentary and dance.

Revisiting Reza Abdoh takes place within the context of the exhibition Reza Abdoh.

All events on this evening can be attended separately.

The exhibition by Reza Abdoh is part of the project David Wojnarowicz, Reza Abdoh, Frank Wagner and funded by the Senate Department for Culture and Europe, Berlin.

The exhibition is co-produced with MoMA PS1 and generously supported by the Marina Kellen French Foundation, Coleção Moraes-Barbosa, and Casper.