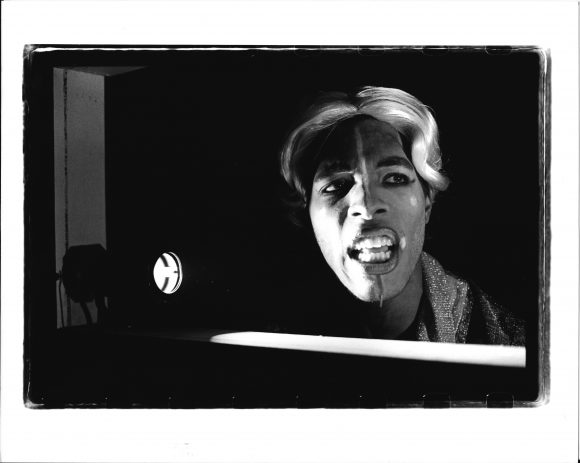 Dar a Luz members Tom Fitzpatrick, Tom Pearl, and Tony Torn will be reading from Reza Abdoh’s plays Bogeyman, The Law of Remains, and Quotations From a Ruined City. The readings will be followed by a group discussion with the three actors, along with fellow Dar a Luz members Michael Casselli, Sandy Cleary, and Brenden Doyle.

Tom Pearl worked with Reza Abdoh (Father Was a Peculiar Man, Bogeyman, Law of Remains, Tight Right White, Quotations from a Ruined City) and is an original member of Dar a Luz. Tom continues to pursue creative projects and lives in New York City.

Tom Fitzpatrick lives in Los Angeles and is active in films and TV. From 1985 until 1995, Tom worked with Reza Abdoh, appearing in 10 of his productions during that time.

Tony Torn is an actor, director and teacher and an original member of Dar a Luz. He currently manages Torn Page in New York City, a studio space named in honor of his parents, actors Rip Torn and Geraldine Page.

Revisiting Reza Abdoh takes place within the context of the exhibition Reza Abdoh.

The exhibition by Reza Abdoh is part of the project David Wojnarowicz, Reza Abdoh, Frank Wagner and funded by the Senate Department for Culture and Europe, Berlin.

The exhibition is co-produced with MoMA PS1 and generously supported by the Marina Kellen French Foundation, Coleção Moraes-Barbosa, and Casper.