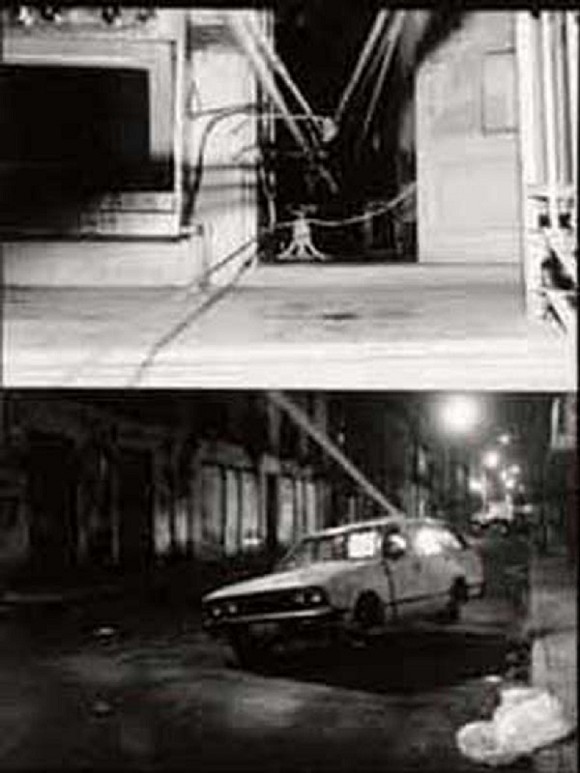 On Saturday, September 30, 2000, from 5–9pm, KW Institute for Contemporary Art inaugurates a six-week performance of the 34 year old, Mexico City based artist Santiago Sierra. In addition, KW presents the first extensive solo-exhibition of the artist in Europe.

Santiago Sierra concentrates on initiating and documenting actions and performances. Formally continuing the tradition of Minimal, Land Art, Arte Povera, and of the performance work of the 1960s and 70s, all of Sierra’s events have a highly critical dimension, dealing with the social and physical problems of people in the present world. Keeping a close eye on the political and social developments and on the dissimilarities between the so-called first, second and third worlds, Sierra deals above all with issues like physical work, health, nationality, and social origin, examining different political and economic systems and their immediate consequences for the individual people.

Sierra’s performance at KW is closely related to an action he did in a gallery in Guatemala City in 1999. Eight illegal workers were hired to sit in cardboard-boxes for the duration of the whole exhibition. Formally, the plain minimal white-cube architecture of the gallery space created a strong aesthetic contrast to the crudely made boxes. In terms of content the boxes alluded to the slums and fragile dwellings of the city and thus to the ambivalent situation of illegal workers in Guatemala. Widely visible in every day life, the lack of a legal status and the non-occurrence in the official statistics make these people "invisible" members of society.

On occasion of the international discussion around the position of foreigners in Germany and of those seeking asylum, Santiago Sierra will conduct another version of his Guatemala performance in the exhibition hall of Kunst-Werke. During the project Six People who cannot be remunerated for the Staying in the Interior of Cardboard Boxes volunteering foreigners seeking asylum will sit in cardboard-boxes for four hours daily for the whole duration of the exhibition. The narrow boxes, which are reminiscent of rudimentary housing or transport cradles, do not allow any movement, let alone work. Except for the air supply they are closed, so that the sitters are hidden from the viewer’s look. The invisible physical presence¾like the motionless silence¾are an alarming metaphor for the situation of asylum-seekers in Germany. On the one hand invisible, because of the housing in special residences and forced into inactivity, because of the prohibition to work and to travel, on the other hand, voluntarily in concealment and isolation, because of the fear of assaults from the far right.

The title Six People who cannot be remunerated for the Staying in the Interior of Cardboard Boxes relates to the specific situation of asylum seekers in Germany. When explaining his project, Santiago Sierra had realized that he would be able to find volunteers, but that people declined to be paid, since being remunerated may be a reason for being send back to their home-countries. Since paying the protagonists for their considerable physical and psychological labor is normally an essential aspect of Sierra’s works, the artist decided to allude to the specific German circumstances in the title.

Because of the ephemeral nature of his actions, Sierra documents his works by means of video and photography. Santiago Sierra was born in Madrid in 1966. From 1989 to 1991 he studied as an international guest student at the Hochschule für Bildende Künste in Hamburg. Santiago Sierra lives and works in Mexico City.