Screening and talk with Sharon Hayes

In My Little Corner of the World, Anyone Would Love You (2016)

Followed by a talk with Sharon Hayes, Mason Leaver-Yap and Cathrin Mayer 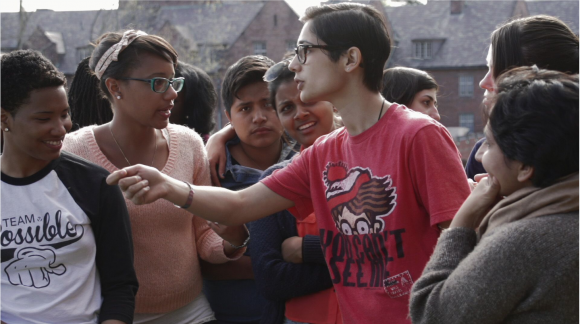 Sharon Hayes (born 1970 in Baltimore, US) uses photography, film, video, sound, and performance to examine the intersections between the personal and political sphere. An established line of enquiry throughout her multi-disciplinary practice is the transformative power of language. Hayes pays particular attention to the language of collective subject formation. She invites viewers and participants to re-experience moments of political and cultural oppression by staging protests, delivering speeches, and re-performing demonstrations.