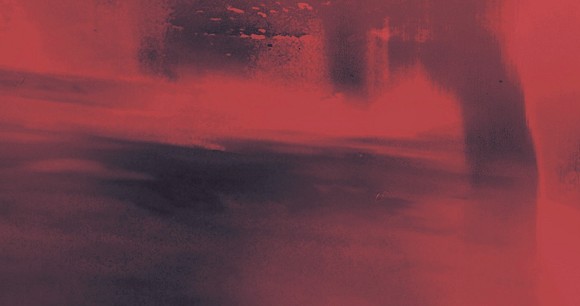 Founded as a label, Miasmah is recognized for releasing critically acclaimed albums bound by a cohesive aesthetic, and as a company that functions as both a record label and graphic design studio. At KW, Miasmah artists Simon Scott and Gabriel Saloman will perform their collective works in electro acoustic performances.

Cambridge-based Simon Scott might still be best known for his tenure as the backbone of influential shoegazers Slowdive, but after his debut solo effort 'Navigare' in 2009, he showed that there was far more to his oeuvre than people might have thought. With an ease and fluidity that eschews the usual trappings of the genre, he injected Slowdive's free-flowing bliss into the kind of blackened soundscapes the Miasmah label has made its calling card and gave the sound a rich, multi-layered quality that was effortlessly enticing. 'Bunny' is Scott's sophomore long player, and sees the multi-instrumentalist growing in confidence as he takes on a plethora of themes and ideas and distills them into a coherent, well-defined narrative.

The overall premise of the record is apparent from the very beginning, and might surprise some with its inspired take on the blackened jazz and smokey Americana heard in 'Paris, Texas' or 'Mulholland Dr.'. It would do Scott a disservice to simply label the music as 'Lynchian' however, his success is to treat the layers of instrumentation (drums, guitars, cello, synthesizers) with a masterful fluidity, allowing the influences to melt into a delicate and delectable whole. There is an underlying surreal seam however, which erupts through ever part of 'Bunny', beginning with its very odd title. The juxtaposition of the pitch-black humour gives an unnerving mood to the tracks which only emphasizes the blues-flecked dread of the record itself. Occasionally Scott acknowledges his shoegazing past, nudging the sound towards the blurred haze of his former band, but even these moments are cavernous enough for us to imagine them oozing from a Midwestern jukebox in an abandoned suburban diner. 'Bunny' is an ambitious and daring journey for an artist who refuses to stay still; and it might just be the best road trip you've never taken...

Sounding as if you may be the last person left on earth, Gabriel Saloman guides you through rain filled open spaces, epic showdowns & abandoned cities. The debris is floating and in the shadow lurks a guitar picking Vincent Gallo. Meanwhile there seems to be marching bands closing by on all fronts while a punk band playing Tim Hecker tracks is to be heard from the horizon. Soldier's Requiem confirms Saloman as a man able to further his own musicality while regaining the key elements to his recipe. This is music for modern decay and melancholy.

Gabriel Saloman is a multidisciplinary artist based in Vancouver, Canada, who works in sound, text, visual medium and socially collaborative forms. He has been composing and performing experimental music for almost two decades both individually and in a variety of collaborations. He is best known for his work with Pete Swanson in the Portland, USA based free-noise project Yellow Swans. His current projects include Chambers, a live dub collaboration with M Red (Lighta! Sound, Low Indigo), and Diadem, an exploration of chance and divinatory processes in musical improvisation with Aja Rose Bond. Saloman's individual work explores noise and soundscape as a form of resistance and path of emancipation from an authoritarian social order. He works in a variety of mediums, moving through gallery installations, web projects, live performance, recorded music and spatial intervention. Recently he has begun composing for contemporary dance, exploring the possibilities of collaboration between choreographer, dancer and musician.