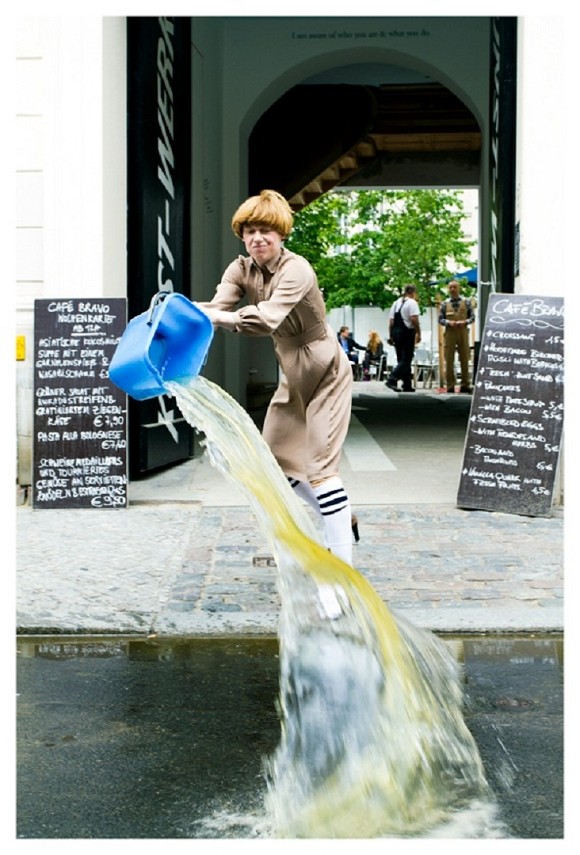 After more than one month of their project Insistere # 7 / Don't Fuck With My Name (Hacking the Curator), Ulf Aminde and Sabine Reinfeld present the results of their explorations as the Avatar of Ellen Blumenstein. Their report comes to term with the project's ambitions so far, and what has been learned as they have inserted themselves into the institution, its everyday routines, its audiences, spaces and team. They produce a conversation between their understanding of the Avatar, the hacked curator's position, and the audience's confusion and responses.