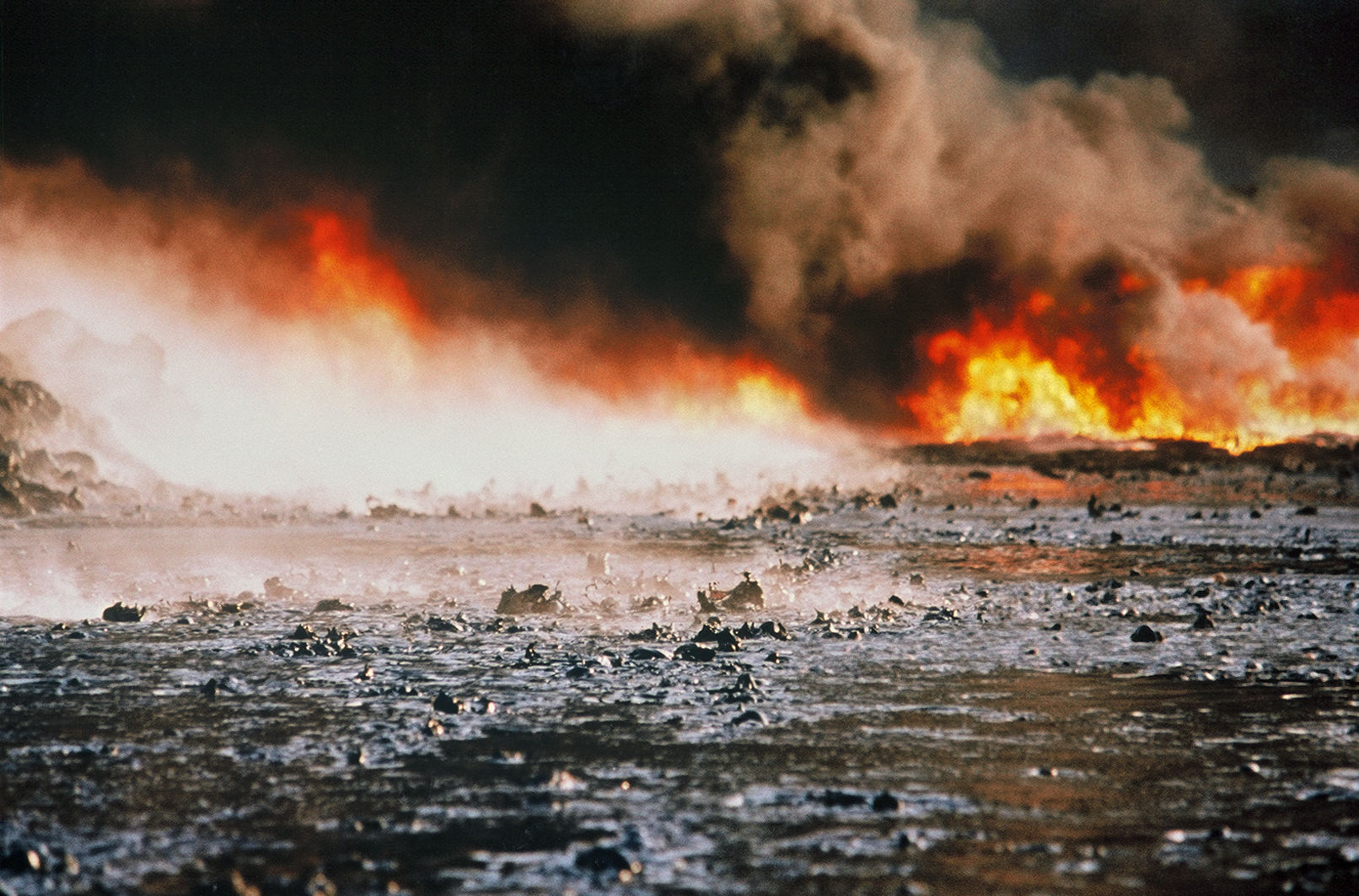 Werner Herzog (*1942, DE) is one of the most important German directors of the present day, known for his experimental and socially critical style.

Lessons of Darkness from 1992 shows the catastrophic effects in Kuwait after the Second Gulf War and the traces of destruction that turned the whole country into a dystopian battle zone. Herzog’s pictures, taken from an aerial perspective or from a car, document unending flames, oil lakes and fallow land. The filmic staging references the science fiction genre in such a way that desert-like areas look like lunar landscapes. Between these sequences, Herzog lets the civilian population have their say, bearing witness to the atrocities of war, whose stories seem more topical than ever.