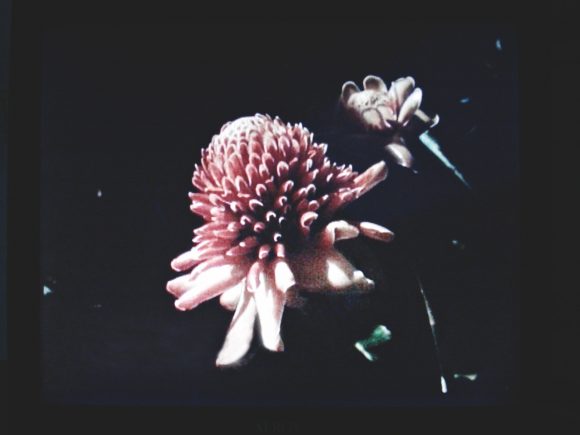 “Hand-Me-Downs“ are pieces of clothing passed on from one generation to the next as explained by the narrator in Yto Barrada’s (born in 1971, FR) 14-minutes long eponymic video. Like the clothing, Hand-Me-Downs passes on found film footage; blurry vintage amateur images from private family albums accompanied by (French) film music from 1927–1931 evoking a similar sense of nostalgia. As is implied by the unreliability of the narrator, not all is what it seems—images do not correspond with what is said and vice versa—and what is said becomes too incredible to be true. The 15 “handed-down” stories reconstruct biographical identity and fractures in a time of Morocco’s transition from colonialism to postcolonialism. 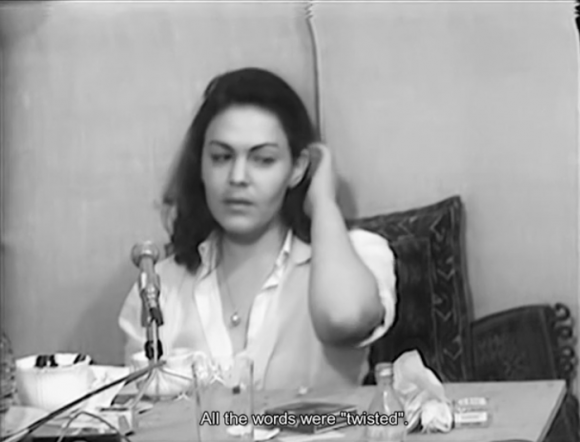 Simone Fattal’s (born in 1942, SY) Autoportrait is an attempt at a cinematic self-portrait as well as an extensive monologue, interspersed with conversational fragments of Fattal and her friends or parents. “I wanted to do my self-portrait,” says Fattal in the video, “although I’m a painter, I called upon two friends to make a film because I thought the language of cinema was much richer, and allowed for a longer-lasting vision.” It was not until 2012 that Simone Fattal edited these hour-long soliloquies into the 46-minutes long video work Autoportrait. The filmic material enfolds neither linear nor logic—on the contrary, Fattal’s autobiographic project appears to become more fragmented, closer to the means of which film operates but also those of memory, confessions, and seduction.