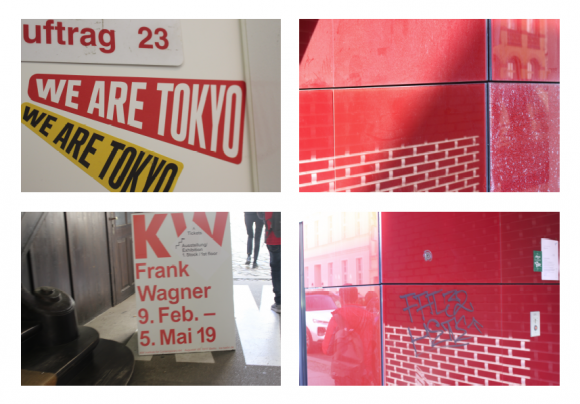 Drawing on the exhibition David Wojnarowicz Photography & Film 1978–1992, students of Heinz-Brandt-Schule Berlin collaboratively produced an art book in a three-day workshop. More than 150 exhibited works by the artist, including photographies, test prints, screen prints, films, and videos, served as a prompt.

During the project week komisch, rot (strangely red), a wide range of artistic experiments appropriated Wojnarowicz’ multimedia approach: Urban found objects were collected, photographies and hatchings were made, a thread was woven through the city, paths re-drawn from memory, and exhibits annotated by typewriter. In cooperation with ExRotaprint’s screen printing workshop in Berlin Wedding, the students then made screenprints from their drawings, sketches, and texts – an artistic method that allows for several positions to express themselves in one image by superimposing different motifs. The screenprints were subsequently assembled in a collaborative book.