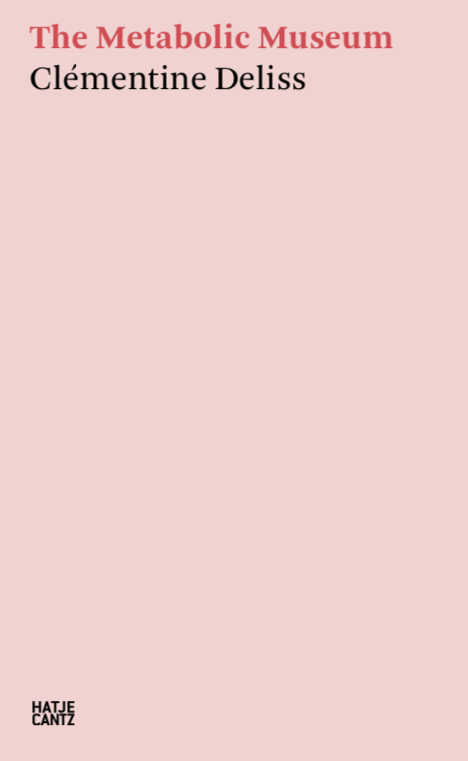 KW presents an audio serialisation of The Metabolic Museum (2020, Hatje Cantz/KW) written and read by Clémentine Deliss, Associate Curator of KW. Coco Fusco writes in the New York Review of Books, “In ‘The Metabolic Museum’, Deliss outlines her radical curatorial vision and chronicles her attempts to transform the Weltkulturen Museum in Frankfurt am Main from a moribund storehouse of artifacts into a laboratory and educational center for critical engagement with the material cultures of non-European societies.” Regularly, a new chapter will be read by the author and added to the website.

Prologue to The Metabolic Museum

Manifesto for The Post-Ethnographic Museum

A science-fantasy novel set in Manchester, UK in 2080, Orion J. Facey’s The Virosexuals portraits a subculture that shares a desire to escape the broad algorithmization of our lives, bodies, and minds. Experimenting with virosexuality—the sexual attraction to transmitting and receiving STI’s—, the group around the main character Amygdala negotiates their bodies and desires while being faced with a virus sweeping the scene and the dangers and vulnerabilities of going off-grid. More

Pogo Bar Podcast
Nicholas Grafia and Mikołaj Sobczak:
It’s 10PM. Do You know where your children are?

It’s 10pm. Do You know where your children are? narrates the struggles of teenagers dealing with their queerness within varying family dynamics and socio-political realities. The intertwined stories of the two protagonists touch upon memories, expectations and values shared between parents and their offspring with a diasporic background, unveiling the confluence of primary feelings of love, hate, desire and regret. More

In conjunction with Onyeka Igwe’s ﬁlm commission A So-Called Archive, the KW Production Series hosts a discussion with Igwe and historian Ariella Aïsha Azoulay. The conversation interrogates the role of cultural production and its relation to imperial foundations of knowledge: the document, the archive, and the museum.

A crucial text that informed Igwe’s own research as she made her new ﬁlm, Azoulay’s book Potential History: Unlearning Imperialism (Verso, 2019) seeks to expose the violent apparatus of the museum and the archive—institutions that order (and thereby have the power to narrate) time, space, and politics. This event looks to Azoulay’s writing and Igwe’s ﬁlm as mutually resonant discourses that might inform not only how we look at the past, but how we might rehearse its unlearning.

Ariella Aïsha Azoulay teaches political thought and visual culture at Brown University. She is the author of Potential History and the director of Un-documented: Unlearning Imperial Plunder (2019). More 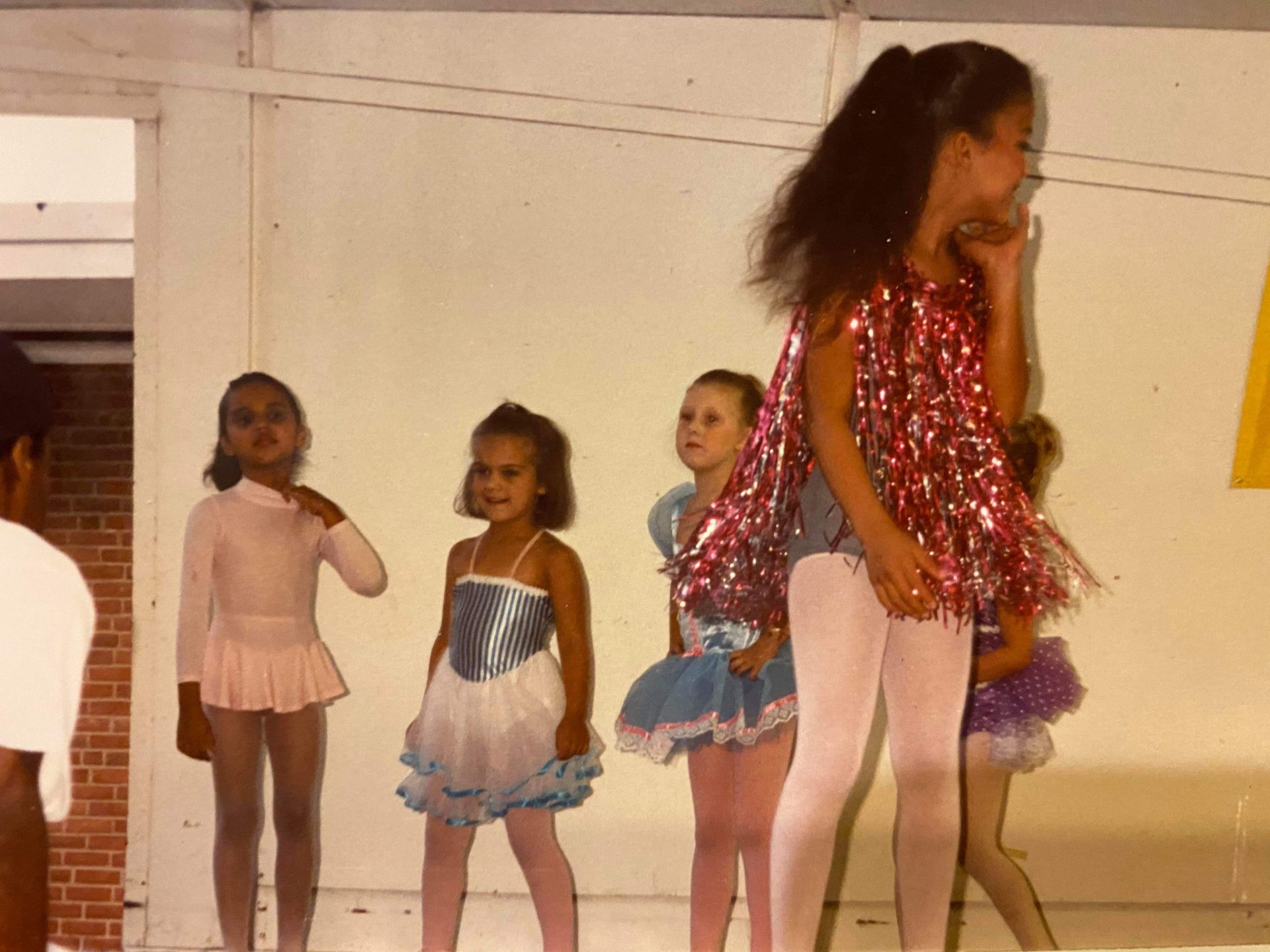 In Memory Talk, artist-performer Nour Mobarak continues her ongoing exploration of memory, psychic spaces and the spatialization of language. Based largely on field-recordings from Hollywood Boulevard and other places in Los Angeles where she asked strangers to share their earliest memories, her sound textures delve deep into the invisible architecture of both the individual mind and US therapy culture, often capturing moments of trauma, transgression, and intense feelings. More

Meet Hope and Derek Heehaw—two siblings from a country-music-obsessed family in the south of the USA—in this radio show as day trip journal. More 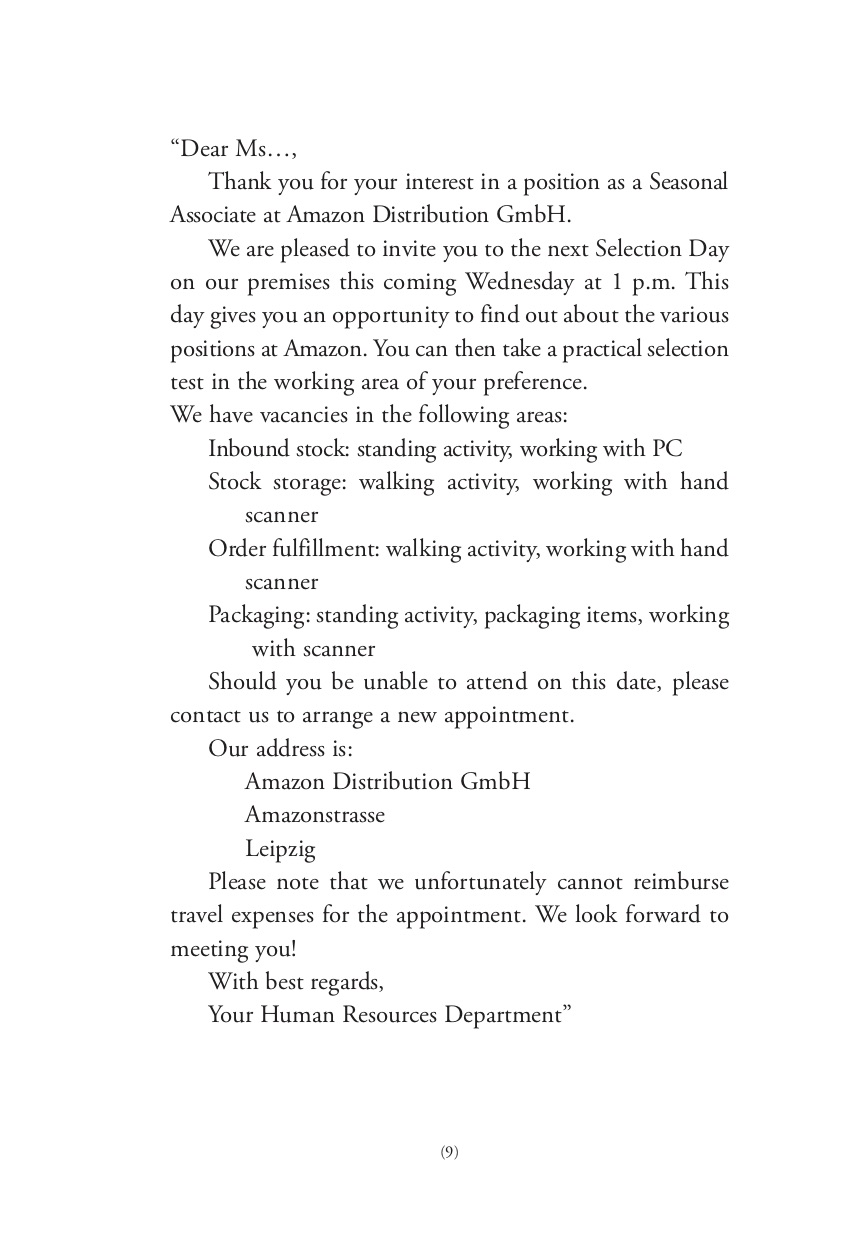 Read Heike Geißler’s accounts of how the brutalities of working life are transformed into exhaustion, shame, and self-doubt, while working as a seasonal associate in an Amazon fulfillment center. The selected chapters include reflections on the frugal work ethic of the mega-corporation, and precarious work conditions at large. 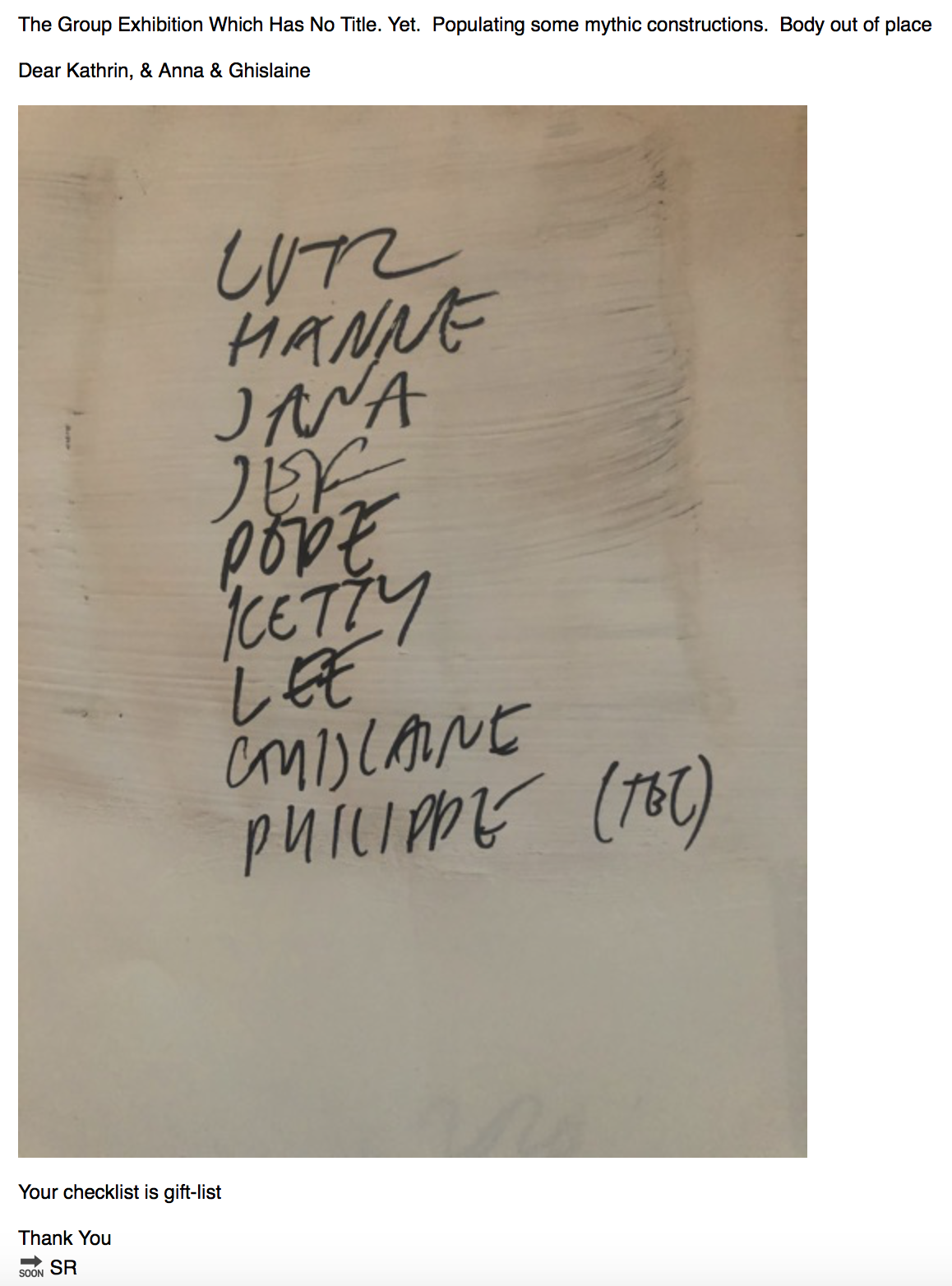 We were having one of our usual phone calls. Talking about life, dealing with the distance the pandemic had enforced upon us. Then there was a suicide that hit your family. Grief overwhelmed us both. I could not reach you. I wanted to cross the border from the UK to the EU, but death is not essential travel. I wanted to smuggle my body across the border. I was not allowed. More 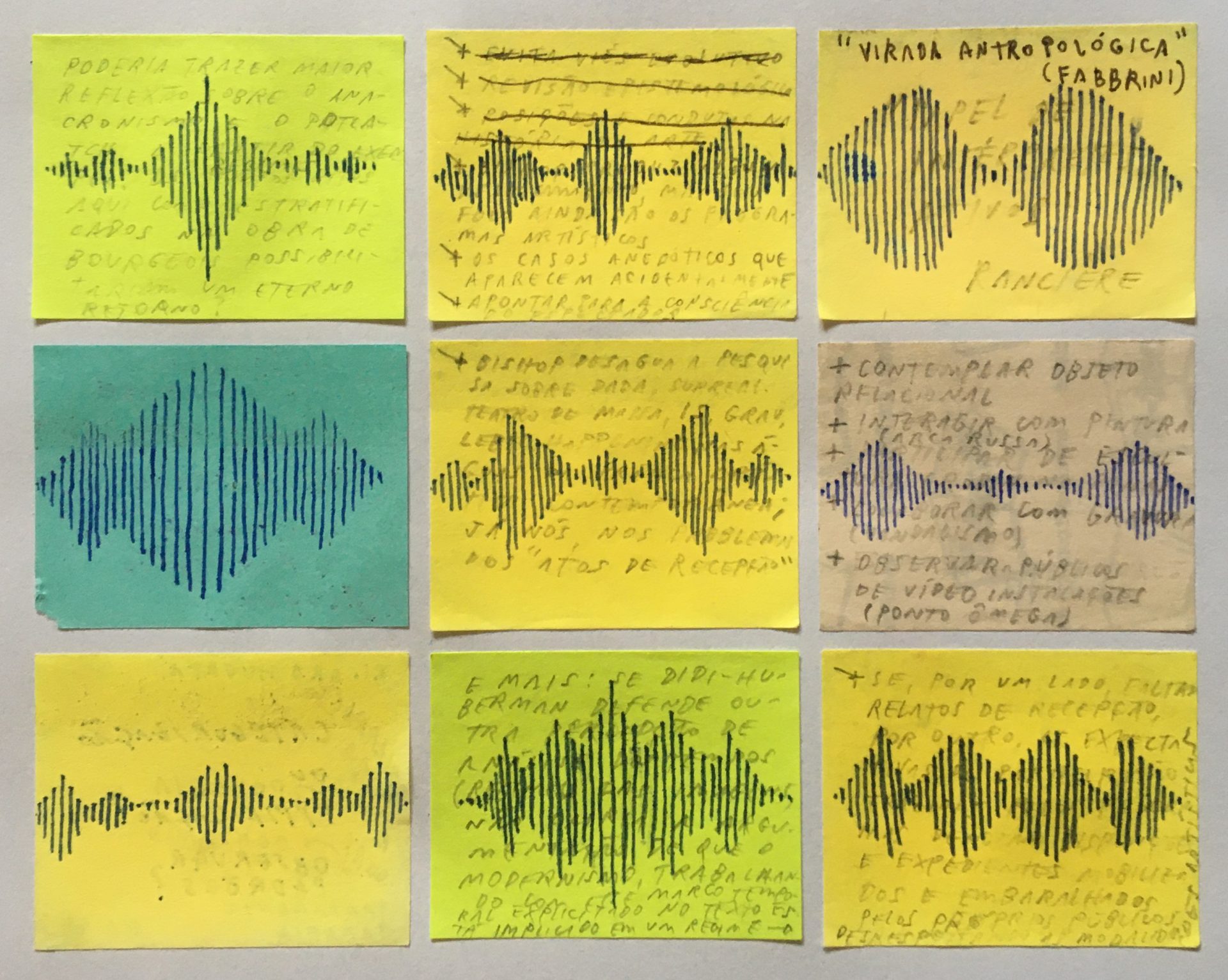 Emancipatory art education practices should not only adapt to online scenarios, but also create questions and languages that respond to a radical shift in today’s social, political, and cultural landscapes. How do we – cultural workers, educators, artists, and researchers – actively bring these new tools, meanings and words into our daily practice?

The event series You’re not muted. Negotiating new meanings through art and education continues KW’s investigation into new settings in educational and socially engaged practices and opens a path to a collaboration with the DAAD Artists-in Berlin Program, to foster possibilities of broad international exchange in the realm of the educational field in the arts. 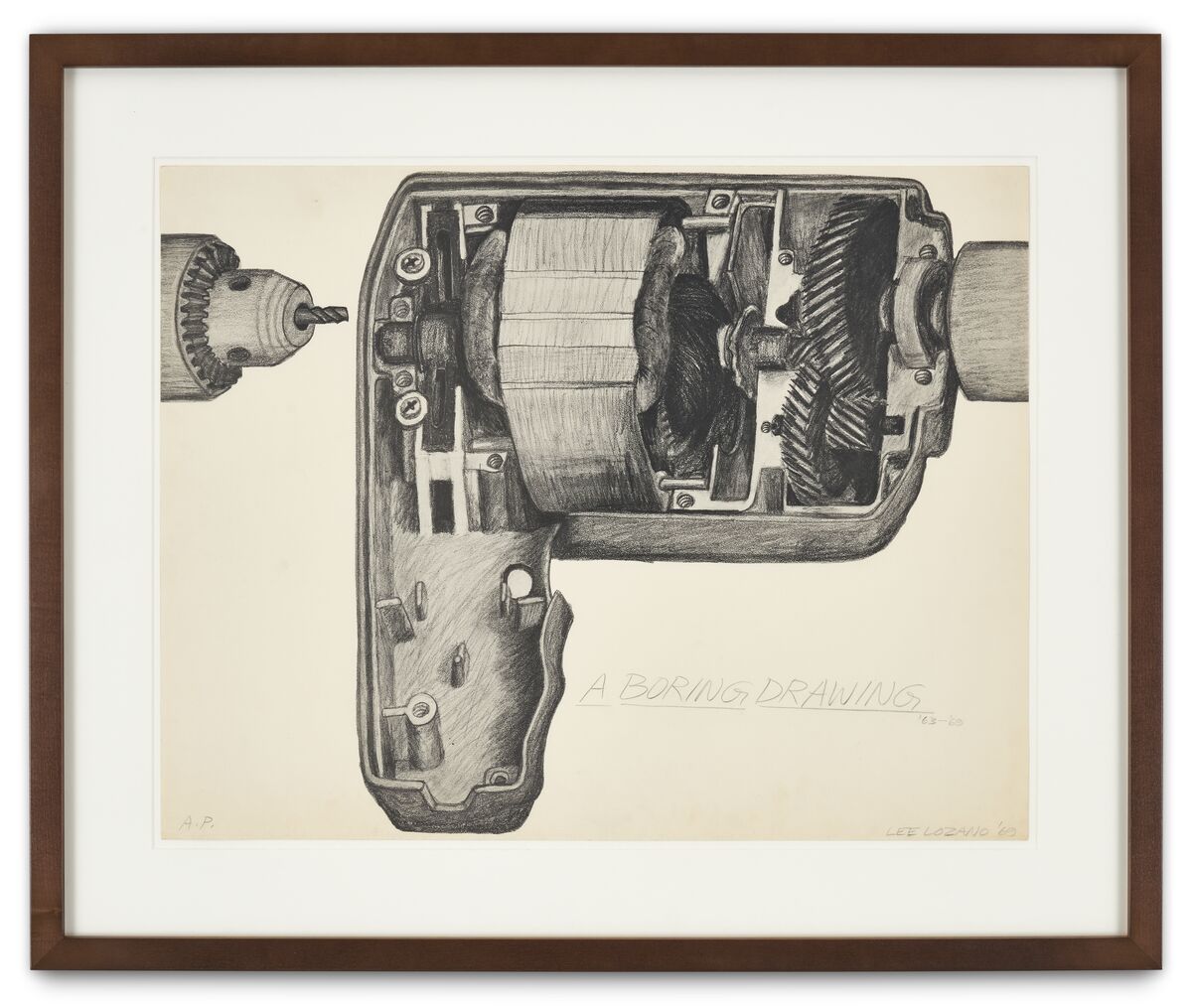 The group exhibition Zeros and Ones at KW Institute for Contemporary Art is inspired by the approach from the book Zeros + Ones: Digital Women and the New Technoculture (1997) by writer and theorist Sadie Plant. The book is a prominent contribution to the cyberfeminist literature. Plant’s publication is part of a scene, which established worldwide since the early 1990s and authors numerous texts, publications, and essays. Cyberfeminist Index list categorizes, and describes publications in an open-source Google Spreadsheet. Any user can edit and contribute to the list and includes publications on topics such as hacking, science fiction, surveillance, glitch, and much more.

With a melancholic anticipation of absent bodies permeating her thoughts after a day-trip to the Etruscan site of the Necropolis Banditaccia, she counters the epic fabric of history and ideology-serving, gendered notions of the chronicler or bard with too-personal comment, fragmented memory, incidental noises, alcohol and urine. More

Vladan Joler, Preview from the video work The News Extractivism, 2021

Open Secret (16 July – 31 December 21) is a six-month long online program that explores the image of the ‘technological hidden’ in our apparently ‘open’ society. With new contributions released on a monthly basis, the Open Secret website opensecret.kw-berlin.de will bring together art, automation, politics, and new patterns of exchange. The website is designed by Sometimes Always and will be made available from 16 July 2021 onwards.

The Last Museum will tour as a ‘pop-up exhibition’ on the website of Polyeco Contemporary Art Initiative (PCAI), Athens from September 14 to October 16, 2021.

Claymation, in collaboration with Michael Graessner

In Pedigree (1996–1999, co-produced with Michael Graessner) audio fragments from films by Michelangelo Antonioni and Andrei Tarkovsky provide the acoustic bed of politics and love in which a couple’s passionate encounter unfolds against a melodramatic technicolor sky.

A Letter for Leo,
Krist Gruijthuijsen 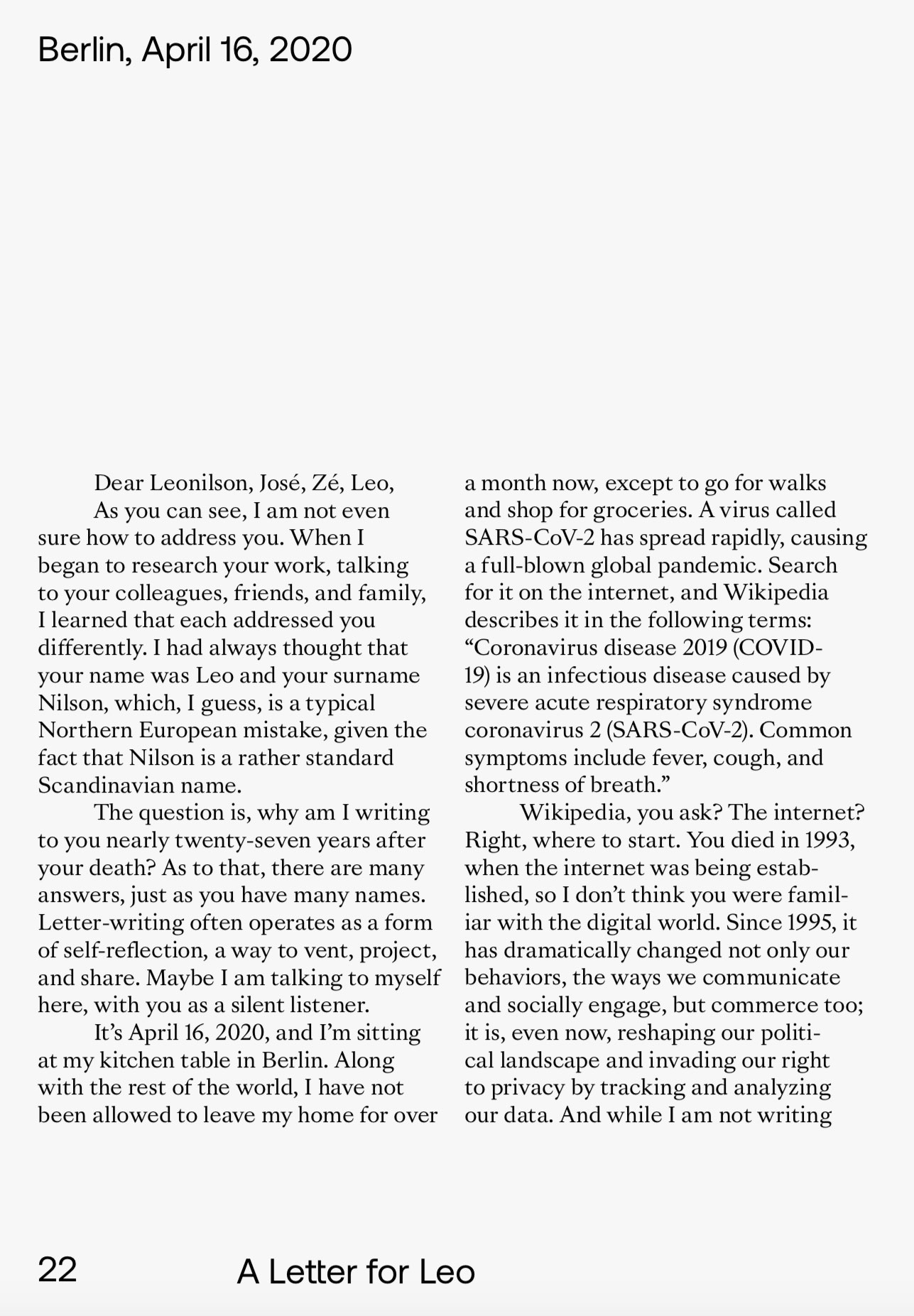 Dear Leonilson, José, Zé, Leo, As you can see, I am not even sure how to address you. When I began to research your work, talking to your colleagues, friends, and family, I learned that each addressed you differently. The question is, why am I writing to you nearly twenty-seven years after your death? As to that, there are many answers, just as you have many names.

„Fahrenbühl is a remote artists’ residence inhabited by two mice. It’s the most beautiful place in the world. Rural life, they say, offers peace and contemplation. And yet, the dreariness of seclusion soon dampens the spirits. Maintaining paradise requires a radical approach. In this respect, a mouse is no different from God.” The latest comic by Anna Haifisch is set in Fahrenbühl – a fictional, remote artists’ residency which becomes an outlet for fundamental questions about artistic production, oscillating between loneliness, ambition, inspiration, and external scrutiny. 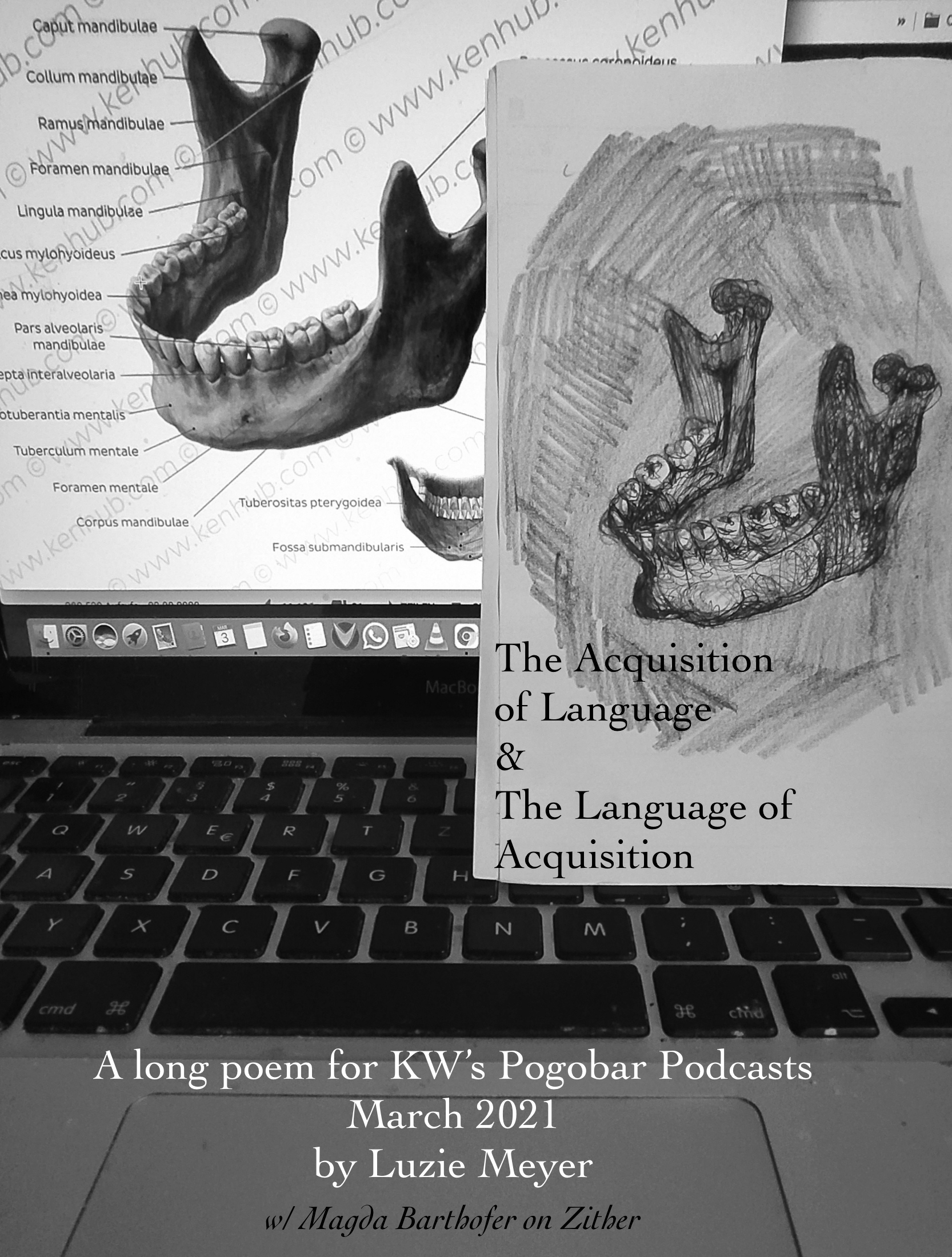 Artist-poet Luzie Meyer traces the property of language to both confine and liberate, and the verbal means of expression available to us in times of digital media and algorithms. More Info

Beatrice Gibson
What’s Love Got To Do With It? 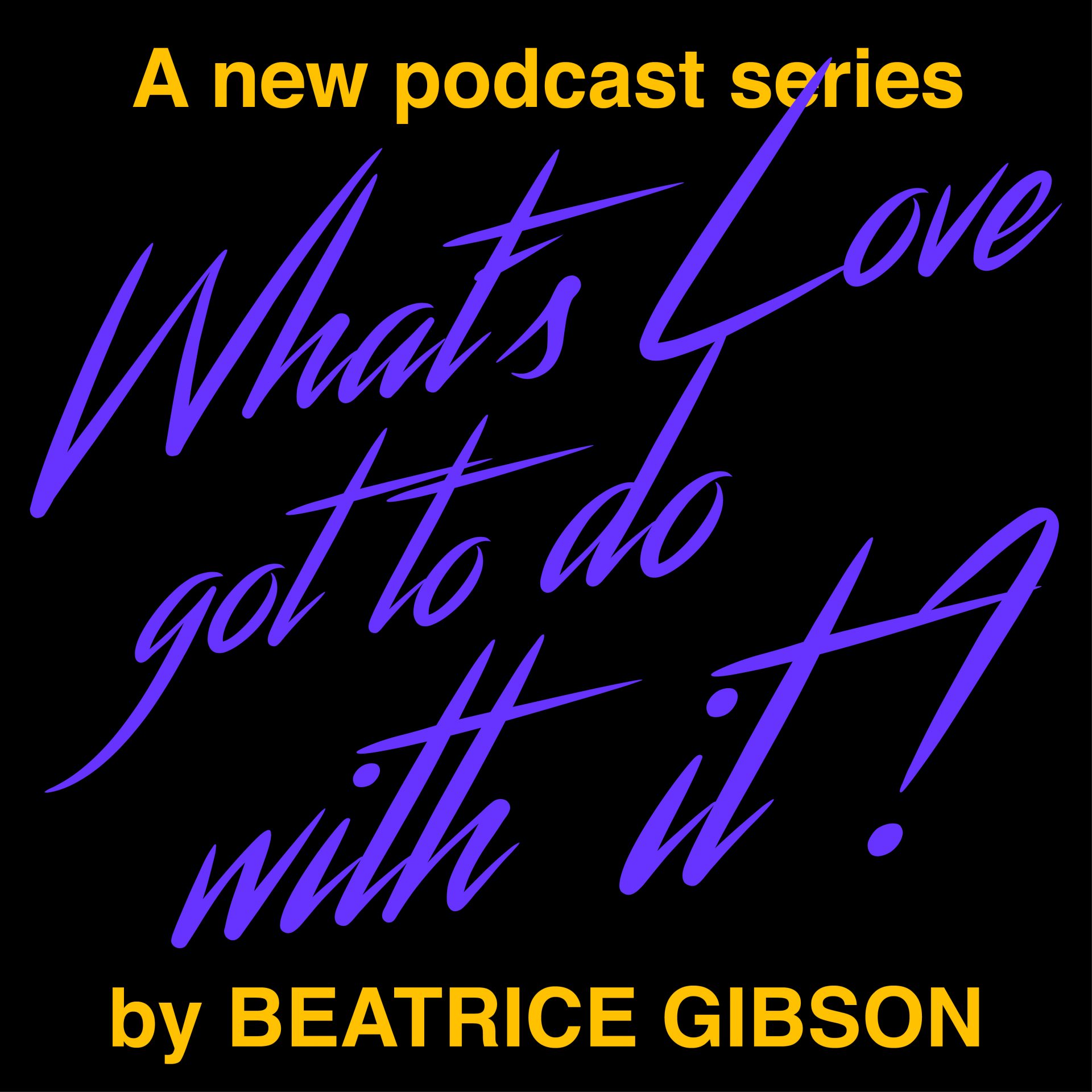 Simnikiwe Buhlungu is interested in the mechanisms that produce and mediate knowledge[s]; how it is produced and by whom, its dissemination and its nuances as a commonplace ecology. She uses her practice to wrestle between these questions and their infinite potential answers. Lately, she enjoys listening to gospel music and has been thinking about apiaries. More info

Pogo Bar Podcast
Nadja Abt:
Mutiny on the Bivalvia –
Interview with a Seafarer 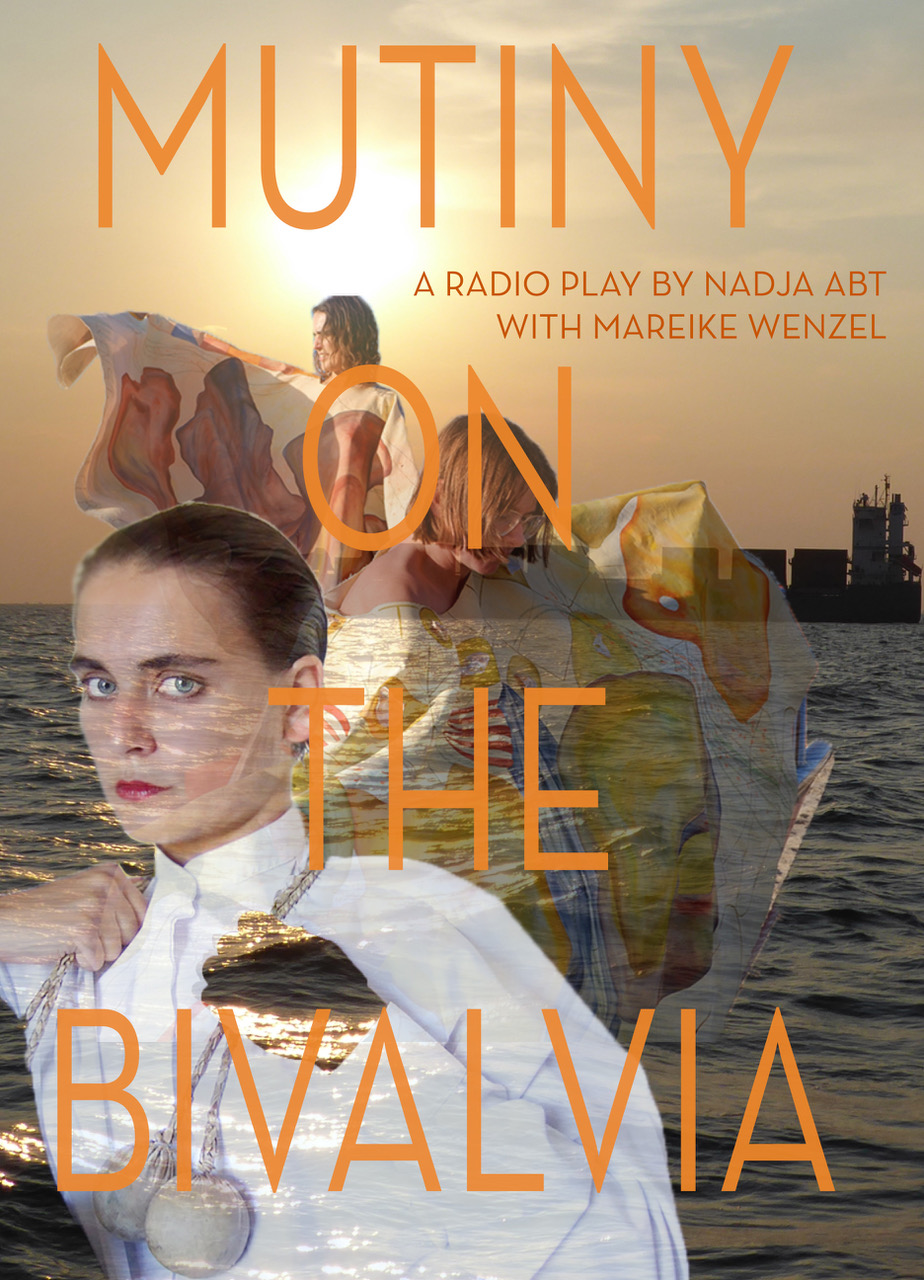 Mutiny on the Bivalvia is a radio play about power and relationships. In an interview, a seafarer and previously successful artist delineates her motives for wanting to become a member of the female crew on board of the „Bivalvia“ and her daily life as a seafarer. The interviewer has but one question on her mind: What has lead the all-women crew to shipwreck and mutiny? More info

Lecture + sonic reply with curator Nadim Samman and techno producer Inland (Ed Davenport). The myth of Orpheus tells the story of a musician and poet who charms his way into the underworld, to recover a love stolen away and imprisoned. At the birth of the modern world, this myth would become the basis of an initiatory cult exalting the status of the artist for their ability to cross thresholds between worlds and (re)capture knowledge. Today’s Orphic journeys foreground the functional texture of searching: The labor of finding one’s direction inside the thing—all the wrong turns, and right ones too—cutting fences; picking locks; crawling through gaps. Diving deeper into the megastructure in order to move beyond it. More info

Pogo Bar Podcast
Thea Reifler and Philipp Bergmann:
Truth is a Matter of the Imagination 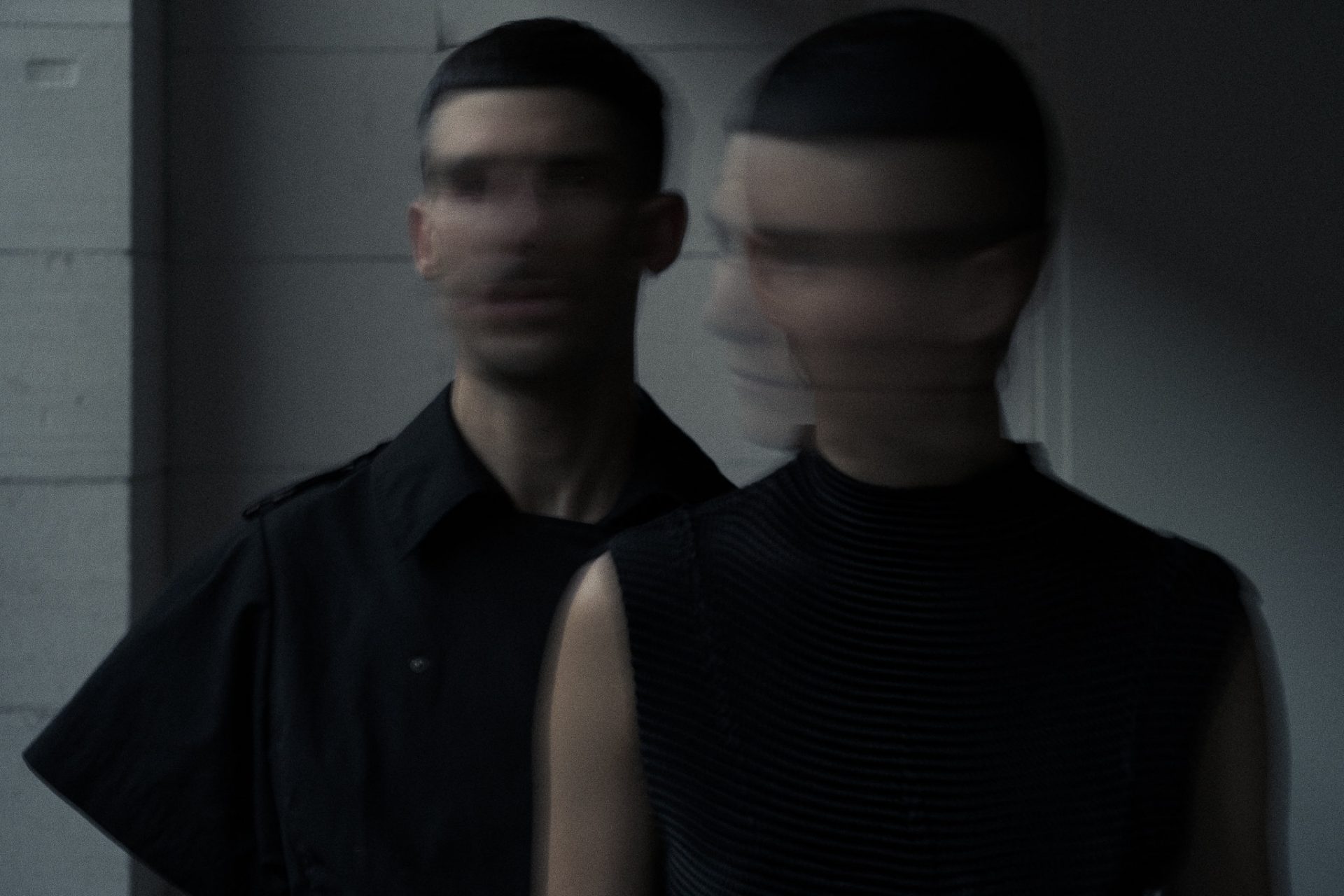 Thea Reifler and Philipp Bergmann invited Lou Drago, Isabel Lewis, Ann Mbuti and Omsk Social Club for exchanges of thoughts departing from science fiction quotes. They sat down to talk about how the genre has influenced their ways of thinking, relating, creating art and programming institutions. Within the conversations, they discuss how it changed their perceptions of truth and fiction, dreamtime and world-time, structures and processes as well as change and collaboration. More info