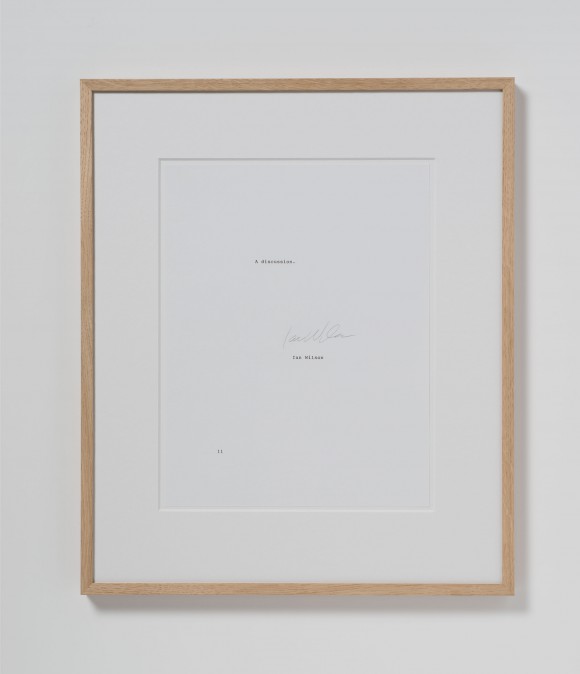 Ian Wilson is an artist whose work bears a powerful resemblance to the KW’s mission: to explore the relationship between the viewed—or discussed—and the viewer, and the urgency involved in these
interactions. Wilson has been exploring spoken language as an art form since 1968. He has described
his own work as “oral communication” and later as “discussion”. At Wilson’s own request, his work is
neither filmed nor recorded, thereby preserving the transient nature of the spoken word. To highlight
his importance to the program, KW has devoted a solo exhibition to the artist’s work, which includes a
newly commissioned and acquired work named Discussion (KW). This discussion, based on the topic
of “The Absolute in Art”, took place in May 2017 at KW and reassembled the artist, the director and current staff members of the institution.